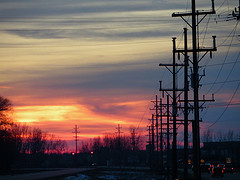 When equipment as a heat source is included, electrical distribution and lighting equipment were the fourth leading cause of home structure fires from 2007 to 2011.  Including electrical equipment as a heat source, the items that sparked the most home structure electrical fires in the 2007-2011 timeframe were: Wiring and related equipment (63%); Cords and plugs (11%); and Transformers and other power supplies (6%).  Interestingly, while cords and plugs accounted for 11% of home electrical distribution or lighting equipment fires, they were linked to 30% of civilian deaths and 21% of civilian injuries.

At the Brod Law Firm, we represent people injured in electrical fires and other blazes that can be traced to someone else’s negligent or wrongful acts.  Examples might include a fire that started because of a shoddy repair job on an electric generator or a fire that started because a landlord failed to respond to tenant complaints about a frayed wire in a common area.  These cases can involve traditional negligence theories and can also involve landlord/tenant law, product liability and premises liability principles.

If you have been injured or lost a close family member in an electrical fire or other blaze and you believe someone else is to blame, call us at (800) 427-7020 to discuss your legal rights.  Our Northern California fire injury attorney has offices in Sonoma County, San Francisco, and Oakland to serve your legal needs.

The Threat of Home Electrical Fires