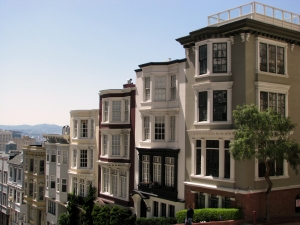 The problem of finding affordable housing in San Francisco has been a longstanding one, and as rents have skyrocketed in the city the ability of tenants to remain in their homes has become an increasingly salient issue as well. And as property values have gone up, so too has the incentive for landlords to exit the rental market altogether, with many who chose that course employing the Ellis Act to evict their tenants. After Thursday’s vote in the state Senate to pass a bill curbing Ellis Act evictions, there may be hope for renters who face such situations, but as San Francisco landlord-tenant attorney Gregory J. Brod would point out, there is another, insidious means, namely harassment, that some landlords may resort to in order to try to drive out their tenants.

First, though, the news for tenants on Thursday was promising on the issue of Ellis Act evictions. According to the San Francisco Chronicle, the upper chamber of the state Legislature passed a measure, SB1439, sponsored by state Sen. Mark Leno, D-San Francisco, that would require a landlord to own a building for at least five years before he or she could evict tenants via the Ellis Act. That 1986 law permits property owners to evict tenants so that they may get out of the rental business, but in recent years speculators have, according to Leno, employed the Ellis Act in order to purchase affordable properties, evict tenants, renovate and then put the property on the for-sale market for profit. The process has been responsible, in part, for the city’s rent-controlled housing supply dropping by more than 1,000 units in the last two fiscal years.

While the news on the Ellis Act front may be good for renters, another method some landlords use to oust tenants is through out-and-out harassment, which can manifest itself in a variety of ways. The various guises of landlord harassment are spelled out by San Francisco’s Rent Board in Section 37.10B, including the following means that landlords, agents, contractors, subcontractors or employees of landlords are expressly forbidden from doing:

The penalties and other monetary awards for violating the aforementioned provisions can be substantial. They can include liability for each and every offense for monetary damages equivalent to no less than three times actual damages suffered by the aggrieved tenant, including damages for mental and emotional distress, or for statutory damages in the amount of $1,000, or whichever is greater, and whatever a court deems appropriate. In addition, a tenant who is the prevailing plaintiff would be entitled to reasonable attorney’s fees and costs as well as potential punitive damages.

The protections and legal remedies available to tenants in San Francisco who have been harassed by landlords are straightforward, and anyone who believes that they have been treated in this way should seek legal counsel as soon as possible. The experienced attorneys at the Brod Law Firm stand ready to help tenants who have been harassed and urge them to call for a free consultation.
-James Ambroff-Tahan contributed to this article.