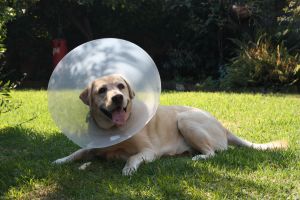 Many Americans will not hesitate to say their pets are part of their family, even comparing them to children. They might be offended to learn that under California law pets are considered personal property, akin to a family heirloom or an author’s manuscript. California Penal Code Section 491 states, “Dogs are personal property, and their value is to be ascertained in the same manner as the value of other property.” Personal property may have peculiar value, which makes it more difficult or more expensive to replace. In the case of dogs, examples include characteristics such as desirable breed or wins as a show dog. However, owners may not recover for the sentimental attachment to the “property”.

The same Court handed down a decision on August 31, 2012, in the case of Plotnik v. Meihaus (2012). The decision further defined the limits on recovering for emotional distress as a result of injury to a pet. Among other complaints, the Plotniks asked for emotional distress damages after they found their dog, Romeo, seriously injured on their property. Mr. Plotnik then saw their neighbor, Meihaus, wielding a bat and confronted him about it. The trial court jury found that Meihaus inflicted the injury on the dog. While the Court of Appeals reaffirmed its own decision in McMahon v. Craig, it also cited another case, Gonzalez v. Personal Storage, Inc. which states, “…the limits imposed with respect to recovery for emotional distress caused by a defendant’s negligence do not apply when distress is the result of a defendant’s commission of the distinct torts of trespass, nuisance or conversion.”

Because the trial court jury found that Meihaus trespassed onto the Plotniks’ property and injured their dog, the Plotniks were able to recover for mental suffering related to the attack on their pet. In general, California pet owners have little recourse to recover for the suffering they go through after seeing their beloved pets hurt by another dog, a neighbor, or a car. Fortunately, the Plotnik v. Meihaus court has opened up potential recovery in a limited number of cases.

The Brod Law Firm is dedicated to giving the best legal services to its clients. We fight to get justice in personal injury cases of all kinds. Please contact the Brod Law Firm today for a free consultation.