For many, fright is part of the fun on Halloween. However, the best fear is controlled; a scare that comes while knowing one is ultimately safe and secure. Attention to Halloween safety is crucial to ensuring that the thrills and chills don’t turn into true danger. There are many elements to a safe October 31st and this post will focus on only two of the many safety issues: the threat of burn injuries and the danger to pedestrians on Halloween. Both of these topics are of great concern to our San Francisco injury attorney and we encourage victims of either threat to call our firm if someone else’s negligence contributed to your injury. 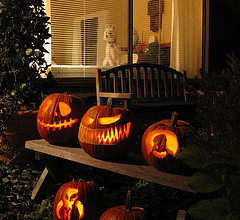 Burn injuries are one of the biggest threats to a safe Halloween celebration. Despite a federal law requiring costumes meet flame-resistance standards, flammable costumes remain a real threat. ABC News references 16 costume-related burn injuries since 1980, including a twelve year old who died after a brush with a lit pumpkin caused her costume to ignite. These numbers likely fail to account for fires blamed on other causes, including fires started by decorative items. Halloween is, according to the U.S. Fire Administration, one of the top five days for fires sparked by candles in the U.S. Preventing fires and burns requires vigilance. We also believe that using product liability laws to hold companies liable for unsafe products will also help prevent future burn injuries.

Pedestrian Dangers Lurking on October 31st
Pedestrian safety is important every day, but particularly on Halloween. The National Highway Traffic Safety Administration analyzed data from 1997 to 2006 and concluded October 31st was the second deadliest day for pedestrians nationwide. Another study, conducted by State Farm and researcher Bert Sperling focused on data from 1990 to 2010, concluded Halloween was actually the most deadly day for young pedestrians (under age 18). During the time frame, 115 child pedestrians died on October 31st for an average of 5.5 deaths each Halloween, more than twice the average daily rate of 2.6 child pedestrian fatalities a day. 25% of pedestrian deaths occurred between 6 and 7 P.M., the day’s riskiest hour. Most accidents (70%) occurred mid-block (i.e. outside of a crosswalk or intersection). Drivers between 15 and 25 years old were behind the wheel for more of these crashes (70%) than any other age group. As for the pedestrians, ages 12 to 15 were most at risk for a fatal crash (32% of victims), followed by 5 to 8 year olds (23%).

Keeping pedestrians safe on Halloween, like other days, requires the commitment of drivers and pedestrians alike. It is a commitment that is especially important on an evening when children are out later than normal, walking around neighborhoods (or, more likely, running !).

Wishing You a Safe Halloween
Staying safe on Halloween requires following a few basic rules: 1) Supervise children appropriately; 2) Ensure children can see and be seen; 3) Walk with care, even if you hear that house down the block is handing out full-size candy bars (we’d still want to run!). If a dangerous product, negligent driver, or otherwise careless person or company turns the Halloween scares all-too-real, we can help. Our San Francisco personal injury law firm wishes you a happy and safe Halloween. May the only danger be a bit of a bellyache from one sweet too many!