Our children are our nation’s most precious natural resource and they can’t achieve without an education. Safety in our schools has been a hot topic of late, with recent tragedies focusing the discussion on school violence. School safety is, however, a much broader issue and it begins even before children cross the threshold of the school building. School bus safety, a topic that our San Francisco school injury law firm believes receives far too little attention, requires the cooperation of many groups and individuals. School bus drivers, vehicle manufacturers, operating companies, school boards, bus riders, and all the drivers who share the road with school-related vehicles all play a role in ensuring children are safe while travelling to and from school. 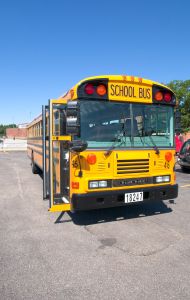 Last week, schools in California and nationwide observed School Bus Safety Week. California Highway Patrol (“CHP”) announced its involvement in a press release, stating a desire to bring awareness to the issue of safe transportation for students statewide. According to the CHP, nearly one million students ride on California’s school buses every day, cared for by more than 25,000 certified bus drivers. School bus drivers undergo a rigorous certification process that include 40 hours of training, background clearance, drug testing, and physical examinations. Drivers are also required to hold a current first aid and medical card. Buses also undergo an annual inspection.

The press release also recognizes the role other drivers play in ensuring school bus safety, with an emphasis on obeying laws related to school bus lights (i.e. stopping when the bus displays flashing red lights indicating the bus is in the process of loading/unloading passengers). The CHP cites studies finding that most dangerous portion of any school bus trip is when students are boarding or disembarking the bus. CHP Commissioner Farrow urged motorists to use caution around a stopped school bus at to avoid letting distractions compromise the safety of California’s schoolchildren.

California School Bus Safety Lawyer
School bus accidents represent only a fraction of the collisions on California’s roadways. However, they are still a very real problem with very real victims. If your child was hurt or, and we hate to even write the word, killed in a school bus crash in our region (or if you were injured as a non-occupant in a similar accident), please call to schedule a free consultation with our San Francisco child injury lawyer. We promise to handle your case with sensitivity and work with you to get the compensation you and your family deserve.

Youth Sports-Related Injuries by the Numbers: a Hefty, Growing Toll