As we prepared today’s blog post, one that starts with a news story that we don’t see every day, we had two primary thoughts: 1) Some things happen more often than you’d think and 2) Even less-than-common legal matters rely on common legal concepts. We’ve written about dog bites previously, but there are a range of other injuries caused by animals. Our San Francisco injury lawyer is prepared to hold animal owners responsible for these incidents using the same legal concepts we use to help many of our deserving clients. 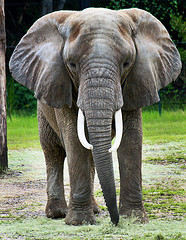 Over the weekend, The San Francisco Chronicle’s website carried a story from the St. Louis, Missouri that could have taken a much more tragic turn. According to local news authorities, three elephants escaped from the St. Charles Family Arena which was hosting the Moolah Shrine Circus. The three female elephants, which were part of a children’s ride at the event, caused damage to several cars and a loading door when they got away from their handlers. Thankfully, the handlers were able to distract and recapture the elephants before they caused injury to themselves or the gathered crowd.

Global Action Network (“GAN”), a Canada-based nonprofit focused on animal and environmental issues, suggests that rampages by captive elephants have caused 120 injuries and 59 human deaths since 1990 (side note: they cite 26 untimely elephant deaths in just the period of 1994-1998). Looking more broadly, GAN suggests that more than 220 people being killed by circus animals in just the past decade. The group suggests that stress, crowded living area, and other “miserable conditions” lead to the animals rebelling and causing harm.

Standards in Injuries Caused by Wild, Dangerous, and Domestic Animals: From Strict Liability to Negligence
California law provides that owners of wild animals are held strictly liable for injuries caused by the animal. This rule is captured in Civil Jury Instruction 461, which recommends that, in order to explain the underlying law to a jury, a judge should state that “People who own wild animals are responsible for the harm that these animals cause to others, no matter how carefully they guard or restrain their animals.” As this instruction suggests, the plaintiff in wild animal injury cases simply needs to show that the defendant owned the animal and that the animal caused the plaintiff’s injury (or death). A similar rule applies to injuries caused by “animals with unusually dangerous natures or tendencies.” In those cases (see Civil Jury Instruction 462), a plaintiff must show the defendant knew or should have known the animal’s nature, but does not need to show any fault such as a failure to use appropriate restraints. Notably, while a statute creates a strict liability standard in most dog bite cases, a negligence standard applies to most other injuries caused by domesticated animals.

Strict liability, which is also applicable in most product liability actions, means the injured party does not need to prove the defendant fault. In contrast, much of personal injury law involves a negligence standard and the plaintiff must prove that the defendant failed to use reasonable care in his/her actions or failure to act. Often, strict liability applies when the legislature deems something inherently dangerous (such as keeping a tiger as a household pet!). In other cases, it represents a policy judgment, such as holding companies responsible for the products they release.

If you or a loved one has been injured by an animal in Northern California, call us to schedule a free legal consultation. In this initial meeting, San Francisco animal injury lawyer Greg Brod will help you understand how the law applies to your unique case, including whether the court is likely to use a strict liability standard, a negligence rule, or some other legal standard.