The heart of personal injury law lies at the intersection of the law and the facts. At the Brod Law Firm, we pride ourselves on knowing the law and on our ability to gather evidence to support our client’s claim for monetary compensation. Two important precepts that govern litigation are: 1) Evidence is not simply what happened, but what can be proven; and 2) If it isn’t in evidence (including testimonial evidence and all other forms) then, as far as the court is concerned, it didn’t happen. Surveillance video evidence is among the most powerful forms of evidence in the personal injury arena and a side effect of our digital world is that it isn’t unusual to have an injury-causing event captured on camera. When video evidence is available, our San Francisco personal injury lawyer works to obtain the video and to ensure the video fits together with all the evidence to tell our client’s story and, ultimately, help our client recover all the compensation the law allows.

Video May Hold Clues to Jogger’s Death
A surveillance video may prove critical to understanding what led to the death of a pedestrian in San Francisco on Thursday morning. As reported in The San Francisco Chronicle, 51 year-old Lori Helmer was jogging when she was struck by a Golden Gate Transit bus at 6:15 A.M. According to police, the bus was making a left turn to head northbound on Van Ness Avenue from eastbound Lombard Street. There is a traffic light at the intersection, but it is not yet clear what color light the bus had when it made the turn. Helmer was in or near the crosswalk at the time of impact.

An ambulance transported Helmer to San Francisco General Hospital where doctors declared her dead as a result of her injuries. Neither the bus driver nor his passengers were injured in the crash. Police are investigating the crash and plan to consult video footage recorded by the bus’s front-facing camera. 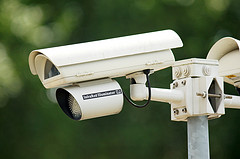 Video evidence in motor vehicle injury cases can come from a number of sources. Dashboard cameras can be found on police cruisers, buses, taxicabs, and even some private vehicles. Surveillance videos from nearby stores may also catch useful footage. Cell phone videos are a more recent addition to the pool of video evidence. In some cases, a bystander may accidentally capture an accident while filming something else. More often, both people involved in an incident as well as bystanders may pull out their phones and capture the moments following a collision. Among the evidence the latter sort of videos can capture are statements that contradict what a defendant says at a later date.

Obtaining Video Footage in California Injury Cases
After we identify the existence of video evidence, the next step is obtaining the footage. Time is of the essence and too long of a delay may result in evidence being lost (ex. a store surveillance camera might have captured useful footage of a crash, but may only keep recordings for a set time). In some cases, particularly when the footage is in the hands of a third-party, all we have to do to obtain it is ask. However, often we need to file a subpoena or other legal paperwork in order to obtain footage. There are special processes for evidence in the hands of a government entity. Obtaining evidence properly is critical to ensuring admissibility.

In many cases, video evidence is in the hands of the other party (ex. a private bus company may have footage of the bus hitting a minivan and injuring the family inside). We use the formal discovery process to find out what evidence the other party (or parties) has, knows about, or intends to use in their case. This is a complex process and having an experienced attorney on your side makes a difference. Even the “self-help” information provided by the California judicial system notes, “Discovery is very complicated and often requires knowledge of evidence rules and other legal strategies. It is often necessary to have a lawyer help you with discovery.”

Using Videos and Other Evidence to Help the Injured
Attorney Brod has many years’ experience litigating personal injury cases in California’s state and federal courts. He understands how to obtain evidence, how to get it admitted into court, and how to use it to tell the story behind an injury or death. In some cases, evidence is admitted for some purposes but not others. This is a complex legal reality that requires an experienced legal practitioner, able to frame evidence in a manner that satisfies the court and persuades the jury to find in the plaintiff’s favor. Video evidence can also be extremely useful in settlement negotiations.

Working with video evidence is just one of the ways we help our clients recover critically needed and much deserved compensation. If you or a loved one has been injured as a result of someone else’s actions (or inaction), call us. From our convenient personal injury law offices in San Francisco, Oakland, and Santa Rosa we serve the full Northern California region and we take cases elsewhere in the state on a case-by-case basis.