For many years, tobacco companies resisted admitting that cigarettes were hazardous to consumers’ health. Such a position is no longer realistic. Today, there’s a new front for a similar debate: the safety of e-cigarettes. While they eliminate the actual smoke, electronic or e-cigarettes deliver nicotine and other substances using an aerosol cartridge, often adding a flavoring such as mint, fruit, or even chocolate. Our San Francisco health lawyer is incredibly worried about the dangers posed by e-cigarettes and the mistaken belief that they are a fully safe alternative to traditional cigarettes. We are committed to holding manufacturers responsible for spreading this false message and targeting it to an underage market. 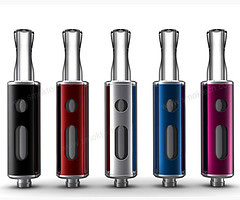 The San Francisco Chronicle recently reported on efforts to crack down on e-cigarettes in the city. These efforts include work by Slanton Glantz, a researcher who helped San Francisco pass pioneering legislation curbing smoking in the workplace 31 years ago, rules that led to some of the nation’s toughest anti-tobacco laws. Glantz joined city officials earlier this week when they discussed Supervisor Eric Mar’s proposal to treat e-cigarettes the same as traditional cigarettes, limiting where they can be used and sold. Supporters say the proposal would help limit children’s use of e-cigarettes and prevent secondhand exposure to the aerosol emitted by the newer devices which are not yet regulated at the federal level.

State law does prohibit the sale of e-cigarettes to minors, teens say buying them is easy and reports suggest teens are even using the devices right in the classroom when the teachers’ back is turned. The article notes that little is known about the health effects of e-cigarettes. Glantz notes that they are said to contain one-tenth the toxins of traditional cigarettes, but he adds that even one-tenth the danger is significant when talking about products as dangerous as cigarettes.

CDC Expresses Concern Over Growing E-Cigarette Use By Young People
Recently, the Centers for Disease Control (“CDC”) conducted a study looking at the use of electronic cigarettes by middle and high school students. In a self-reporting survey of young people across the country, the number of students who said they had experimented with e-cigarettes doubled in the 2011-2012 period. While 6.8% may sound small (up from 3.3%), it translates into nearly 1.78 million young people who had tried e-cigarettes as of 2012. The CDC concluded that the use of e-cigarettes by young people poses a serious concern. Although the agency notes the overall impact on public health is unknown, the CDC expresses serious concerns about how e-cigarettes impact young people noting the risk that nicotine will harm their still-developing brains and that they may be a gateway to other nicotine products.

Holding Companies Accountable for Dangerous Products
Over time, it became abundantly clear that Big Tobacco knew about the dangers of cigarettes long before admitting the health risks publicly. Perhaps it is a bit cynical, but we wonder what the e-cigarette makers know about their own products. If it turns out they knew the devices were dangerous and continued to market them without appropriate warnings or, even more egregiously, specifically marketed them as “safe cigarettes” despite knowing otherwise, they should be held responsible. This is even more important if these companies knowingly targeted minors.

If a product left you or your child injured or ill, call our office. Our San Francisco dangerous products lawyer is dedicated to helping consumers fight back and to holding companies accountable if they opt to place profit over safety.
(Photo by flickr user Chris F at tcavapor.com)

Protecting Against Pre-Natal Exposure to Toxic Chemicals in California