Our Oakland wrongful death law firm knows that no lawsuit can ever bring back a loved one. However, we also know that a civil claim can help mitigate the economic losses that follow a death, allowing the survivors to focus more on their emotional healing than on how to pay regular bills and the costs directly stemming from the death (i.e. medical bills, burial costs). In some cases, a family’s fight can also inspire changes in behavior and new laws aimed at saving lives in the future. 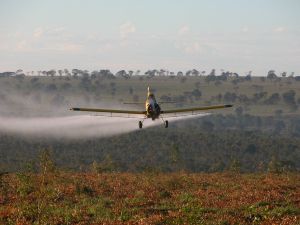 Experienced Agricultural Pilot Dies After Colliding withTower
The Oakland Tribune and Contra Costa Times are following recent developments stemming from a 2011 plane crash. On January 10, 2011, agricultural pilot Stephen Allen’s plane struck a 198-foot tower on Webb Tract in Contra Costa County. Allen perished in the Delta Island accident and the National Transportation Safety Board’s investigation suggests he did not see the tower. The pilot had been flying for more than twenty-five years and ran a local agricultural business.

Per the news report, Allen’s wife and daughters filed a wrongful death lawsuit which was transferred to Contra Costa County Superior Court earlier this year. According to their allegations, NRG purposefully built the tower to avoid federal regulations aimed at making such structures more visible. Under federal law, meteorological towers above 200 feet must be lit and painted in bright aviation colors. The suit claims NRG intentionally and willfully disregarded safety when it installed the tower, which was two feet shy of 200 feet, without markings, light, paint, cable balls, or other devices that would increase visibility. In response, NRG denied the allegations and said Allen acted carelessly despite knowing of the risks and hazards in the area. Also named in the suit are: Delta Woodlands Properties; ZKS Real Estate Partners LLC; Western Development and Storage LLC; Shah Associates Inc.; and Bouldin Farming Co. The plaintiffs claim these companies, including property owners and tower installers, permitted the tower to be erected despite knowing the risks in the plan. The family seeks compensatory and punitive damages. A case management conference is set for early next year.

Beyond the courtroom, our Oakland plane crash attorney is glad to see this case is sparking discussions about aviation safety. According to experts, wind energy companies often choose to build towers under the 200-foot mark in order to avoid alerting competitors to their whereabouts as a result of the federal permitting process for taller structures. However, this move poses a known risk to agricultural pilots, especially when the tower falls just short of the 200-foot trigger point for added safety requirements. After Allen’s death, many in California raised questions about the adequacy of current regulations. In response, the state legislature approved a bill that mandates all such towers over 50 feet erected after January 1, 2013 be clearly marked using thick orange and white paint stripes, orange-colored tracking balls on all support wires, and clear markings where the wires are anchored to the ground. The bill, which Governor Allen signed into law, makes installing lights at the highest point of the towers optional.

The Intersection of Civil Litigation and Statutory Law
When a life is cut short due to the negligent or wrongful acts of a company or another individual, the surviving relatives have rights. We believe in helping these survivors to bring a California wrongful death lawsuit. We also know that calling attention to a tragedy can help prevent future accidents. Ideally, it should not take a death to inspire legislatures and industries to focus on safety. However, speaking out and calling for change can give meaning to a tragedy. When change follows tragedy, a wrongful death lawsuit not only compensates survivors but helps protect the community.

As always, please call our Oakland injury law firm if we can help you with a civil claim following an injury or the death of a loved one.