There seems to be a constant tension between travelers who choose different modes of transportation. Pedestrians complain about bicycles, bicyclists rant about drivers, drivers criticize pedestrians. In order to quell tensions, it is important to remember that every traveler is responsible for following applicable rules of the road and keeping everyone safe. When we talk about bicycle accidents, we are often dealing with a driver who injured a cyclist. However, bicyclists have responsibilities too and they can be the ones who caused an injury such as when a rider hits a pedestrian or when a cyclist’s actions cause a driver to swerve into another car. Our Sacramento injury lawyer believes in efforts to improve bicycle safety and also believes in holding all travelers, regardless of mode of travel, responsible when their actions leave someone else injured.

A “Bike Mecca”
In the course of a Sacramento Bee piece, the reporter refers to “the bike mecca of Davis,” cites the statistic that Davis has the most bicycles per capita of any city in the United States, and notes that the UC Davis campus alone is home to an estimated 20,000 bicycles. These details give weight to the article’s discussion of safety efforts and the fact that cyclists in Davis have a reputation for ignoring safety laws and regulations. City police officers have been described, by the police office itself, as hesitant to cite cyclists for violations out of fear of animosity from the community and those who see the fines as excessive. Students at UC Davis have been particularly vocal about finding fines too severe, although getting fined requires being caught first. The Davis community has had a lax attitude when it comes to bicycle laws, with cyclists often adopting a “they can’t catch all of us” mentality. 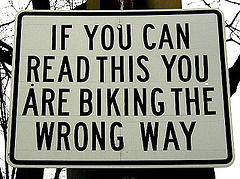 Lowering Fines, Increasing Enforcement
Recently, in an effort to encourage greater enforcement of bicycle laws, the Davis City Council unanimously voted to lower the fines for bicycle infractions. A tiered system, effective immediately, starts with a $50 fine for first-time offenses, $100 for a second-time offender, and $250 for subsequent offenses. The goal is to encourage officers to issue citations instead of mere warnings. Lieutenant Glenn Glasgow elaborated, noting that increased enforcement leads to a decreased number of accidents. Davis Mayor Joe Krovoza focused on the twin goals of education and the promotion of bike riding, suggesting that overly harsh penalties do not advance these goals.

Notably, the city’s move follows a similar change by UC Davis in October 2011. First-time offenders on campus can opt to take a $70 bicycle safety class instead of paying a fine. Since implementing the option, more than 600 students have chosen the online course over going to court.

Last week, the Bee reporter watched a busy on-campus intersection for one minute and saw only four riders stop while twelve cyclists continued pedaling through the stop sign. One of the cyclists who did stop said that he’d faced a $300 fine previously and vowed never to be in that situation again, a small sign that fines can work.

Sacramento Injury Lawyer Advocates for Safety and Accountability
Bicycle riders must take responsibility for their safety and the safety of those around them. One useful resource is Bike Safe California, an effort by the California Bicycle Coalition to educate riders on bicycle safety. Our Sacramento accident law firm encourages riders to take advantage of this and other resources and to ride in a safe and law-abiding manner. We also encourage anyone injured in an accident caused, in whole or in part, by a bicyclist’s disregard for safety to call our office. Attorney Brod is a proud supporter of bicycle riders, but he also believes in accountability and that injury suits save lives.