Our San Francisco insurance attorneys have probably seen it all in terms of shady behavior by insurance companies trying to squeeze more and more profits from their customers. The whole foundation and reason for insurance is to pay while you are healthy and everything is fine, so that when you get sick or things go wrong the benefits are there for you to use. But even we are constantly amazed by the shady dealings these unscrupulous companies sometimes have with their customers. 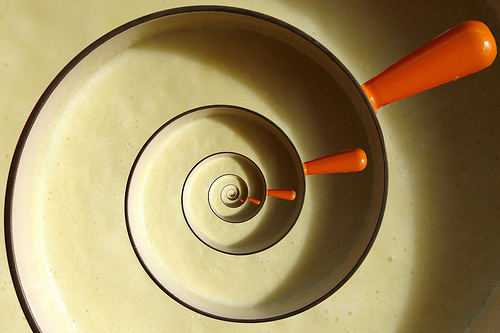 One classic example in the industry has its own nickname: the so-called “death spiral.” This is when a health insurer closes a type of policy to all new customers and then raises rates to those remaining in that type of policy until those enrolled cannot afford it anymore. Since customers with pre-existing conditions cannot switch to a comparable or better policy, they are forced to accept either inferior coverage or much bigger premium increases.

Recently, Consumer Watchdog filed a lawsuit against Blue Shield for using “death spirals” in the San Francisco Superior Court. They claim that Blue Shield has used enormous rate hikes and threats of rate hikes to force patients into these lower benefit, higher cost plans in violation of California law.

California law requires that when insurers close a policy, they offer a new comparable policy to the consumer or minimize rate increases for the closed policy. The suit alleges that Blue Shield is purposefully trying to push older, sicker customers who are more expensive for them into these worse policies that require them to pay much more out of their pocket, saving Blue Shield money. They are accused of closing 31 policies regulated by California agencies, without offering comparable policies or limiting rate increases as they are required to do.

One of the plaintiffs in this case, Robert Martin of Gilroy, California, said, “Blue Shield closed my family’s policy and then threatened us with a 23% premium increase. We had no choice but to switch to the only bare bones policy Blue Shield offered us. When Blue Shield cancelled the original rate increase, the company refused to let us transfer back into our old, higher benefit policy. Then, Blue Shield raised the rate of our bare bones policy by 14.8%!” A Watchdog spokesperson said that death spirals represent insurance companies at their worst, trying to cheat paying customers and game the system.

He said, “Instead of providing coverage to loyal customers who have paid their premiums, Blue Shield pushes consumers into skimpier coverage or prices them out of care altogether when they are sick and need insurance the most.”

The lawsuit alleges a broader scheme to manipulate the health insurance market, and Consumer Watchdog has a chart that maps this allegation. The consumer group was already successful at settling a similar “death spiral” case against Blue Cross in California last year. In that case, Blue Cross agreed to follow the law-to offer comparable plans and limit rate increases if policyholders choose to stay in the older, closed plans.

If your insurance company is trying to get away with a horrible scheme like this, contact a San Francisco insurance claim attorney as soon as possible.