According to the article, the mother of the deceased man filed suit against both the driver himself and Lyft for wrongful death.  That case was consolidated with a similar personal injury suit filed by the deceased’s boyfriend, the second rider in the accident.  Lyft has responded by denying liability saying, among other things, that it is not responsible because the driver was an independent contractor rather than an employee, that the riders assumed the risk of an accident, and that Lyft should not be considered a transportation company subject to the high standards of a common carrier.

In November 2015, CNET reported on the growing trend of people using Lyft, Uber, and other services instead of traditional taxi cabs.  Described as ride-share or ride-hailing companies, these services grew out of frustration with the difficulty of finding a cab in some cities, particularly San Francisco.  As CNET explains, the alternative 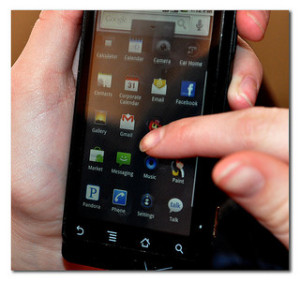 transportation companies use mobile apps to connect drivers with people in need of a ride.  Customers can select a range of ride options such as a van for larger groups, receive details about the driver who accepts the ride request (e.g., a photo, license plate number, make/model) through the app, and can pay for the service through the app as well.  Riders can also rate their driver and drivers can, in turn, rate their passenger.

The recently filed Lyft case is far from the only lawsuit to grow out of this new transportation trend.  Last summer, according to ABC7News, the family of a six-year-old girl who was killed when she was hit by an Uber driver settled a lawsuit with the company.  The settlement itself is confidential.  Earlier this month, SFGate reported that Uber had settled a lawsuit filed by San Francisco and Los Angeles officials regarding the company’s background check policies.  Although that suit is different from the injury suits, it is yet another example of litigation arising out of the changes in the transportation world.

If you are injured in an Uber or Lyft accident in San Francisco or the surrounding region, you have rights.  Do not let the companies (or their insurance carriers) talk you into signing anything without consulting a lawyer who understands this developing area of law.  The Brod Law Firm is a San Francisco injury law firm committed to protecting ride-share customers and ensuring that the law keeps up with our changing world.  Please call or use our online contact form if we can help you.

From Buses to Taxis to Uber: Common Carrier Liability in California