The Sacramento Bee is reporting on a tragic Northern California car accident. On Thursday May 10, 2012, a collision claimed the life of a driver in a north Lake Tahoe community. California Highway Patrol investigators report that Thomas Heron, a sixty-seven year old resident of Carnelian Bay, was driving a Toyota Tacoma on Highway 28 in the vicinity of Ridgewood Drive. Heron was travelling eastbound when his vehicle drifted across the solid double yellow traffic lines and into oncoming, westward traffic. The Tacoma struck a Toyota Tundra, piloted by an unidentified fifty-four year old driver. The collision between the pick-ups occurred at 11:43 A.M. and resulted in Heron’s death. Reports indicate the driver of the Tundra was also injured in the crash. 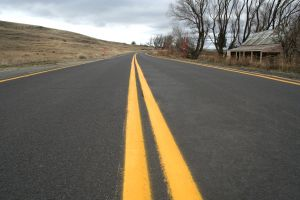 Police have not yet released a statement concerning the cause of this collision and we do not wish to speculate about the factors that contributed to this specific crash. As your Sacramento car accident law firm, The Brod Law Firm team is constantly reminded that a wide range of factors can contribute to a traffic crash. We hope that reading our blog helps remind community members of some of these factors and thus helps prevent future Sacramento automobile crashes.

One factor that is often overlooked is driver fatigue. In 2005, the AAA Foundation for Traffic studied the problem of driver fatigue. Referencing statistics compiled by the National Highway Traffic Safety Administration (“NHTSA”), the article suggested that a conservative estimate would by that 100,000 people are involved in police-reported collisions that directly stemmed from driver fatigue. These crashes included an estimated 1,500 fatalities, 71,000 injuries, and $12.5 billion in financial losses. Many experts feel these numbers underestimate the impact of drowsy driving, noting the difficulty of determining when fatigue is the root cause of a collision.

Driving while sleep-deprived is very dangerous. If the driver succumbs to sleep, any number of accidents might follow such as drifting out of the lane and causing a head-on collision or crashing into a tree. Even if they remain awake, a drowsy driver has significantly reduced skills. Studies have shown that being awake for 24 hours straight renders a drowsy driver just as risky as a driver with a blood alcohol concentration (“BAC”) of 0.10%, well above the legal limit in all states with California considering driver impaired at a BAC of 0.08%. Drowsiness reduces the cognitive-psychomotor abilities of a driver. Signs that a driver is too sleepy to drive include: The inability to remember the last few miles of the trip; Wandering and disconnected thought patterns; Trouble keeping one’s eyes open and focusing visually; Drifting out of the assigned lane; Missing traffic signals or signs; Frequent yawning; Nodding of the head because the head feels heavy. A AAA study of police officers who respond to traffic incidents found that nearly 90% had at least once pulled over a driver for a suspected DUI and found the driver was sleepy and not intoxicated.

Drowsy driving can and should be avoided. If you have been harmed in collision due to another driver being drowsy or otherwise negligent, please contact The Brod Firm. Greg Brod is a skilled and experienced Sacramento personal injury lawyer and our firm offers all prospective clients a free consultation to discuss their unique circumstance and how the law might apply to their case.