The cable car system of San Francisco is an iconic part of San Francisco history. So much so that on this year’s San Francisco Giants World Series Championship ring, cable cars were part of one side of the ring’s design, and the rings themselves were brought out on cable cars at AT&T stadium. Songs praising and immortalizing the great city speak fondly of the cable cars that serve along the downtown area and a trip from tourists to the city would truly be incomplete without a ride up and down the San Francisco hills. 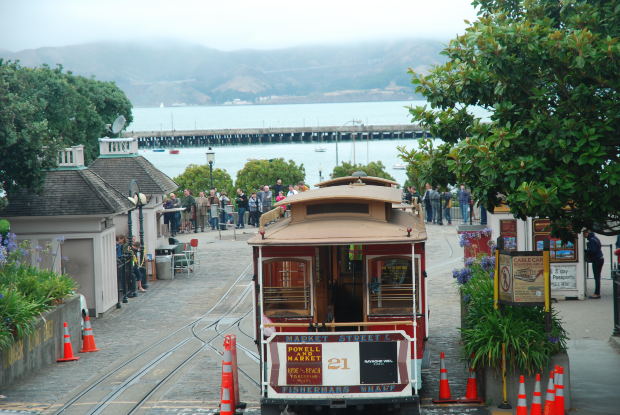 Cable Car History
The cable cars were first established in 1873. The success of the cable cars led to a cable car transit system that was used throughout the country. Over the past century, the cable cars as a means of transportation have been substituted with new, electric and bus lines that are less expensive and more efficient to operate. Now under the operation of the San Francisco Municipal Railway (MUNI), the cable cars mainly service tourists as commuters use the bus and metro MUNI lines instead. An estimated 7 million tourists ride the cable cars annually.

Cable Car Accident Statistics
As iconic and immersed in the city and culture of San Francisco the cable cars are, they have also been a huge liability for MUNI over the past several decades. According to the US Department of Transportation, cable cars are counted as among the mass transportation systems with the most accidents per year and vehicle mile. From 2003 to 2013, the Department found that there were 126 accidents and 151 injured persons reported. These injuries have been complemented with the city paying out a reported $8 million over the past three years alone to settle approximately 48 legal claims relating to cable car accidents. To give these numbers perspective, San Francisco pays on average $12 million annually to settle all claims connected to its mass transportation system which includes cable cars, electric street cars, and buses. The cable cars system is a very small portion of the MUNI system and produces revenue much smaller than other cars and buses. The inordinate number of accidents and the millions the city pays out annually to settle lawsuits show a huge disproportionate amount of accident-related costs from cable cars.

Cable Car Injuries
Over the years, accidents involving the cable car system have ranged from bruises to serious and permanent injury. Just a couple of months ago, our San Francisco based injury firm wrote on a serious Cable Car Incident that occurred when a loose screw caused the car to come to a sudden halt, injuring 7 individuals. Several years ago, a cable car rider suffered an injury that led to a foot amputation when his foot got caught between the cable car he was standing on and a parked vehicle. Another serious incident occurred when a brakeman, the name given to cable car operators, fell out of the cable car he was pushing and couldn’t get back on. The cable car sped down a steep hill before careening onto a sidewalk.

For the majority of the time, it can be reasonably assumed that injures incurred from cable car related accidents are small. However, more serious accidents that do occur seem to be more dangerous, and costly to mitigate. With the cable cars being such a central part of the San Francisco draw to tourists, it would be hard to imagine MUNI getting rid of them. But they certainly must address the disproportionate accident cost the cable cars cause and find ways to improve safety on the cars.

Attorney Gregory Brod has successfully represented many individuals in automobile related injury cases. Our firm’s expertise and experience is a valuable asset when we work with individuals in accident cases. If you have been involved in an accident while riding or with a cable car, please call our office and arrange a free consultation to discuss the recovery of economic damages you deserve.