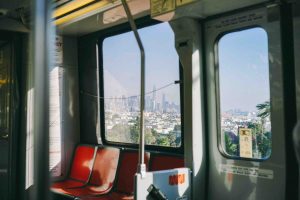 The ordinance provides for 16 specific situations in which a landlord may evict tenants under the law that are often termed “just cause” evictions. These reasons include:

Landlord Abuse of Just Cause Eviction

While the law allows for eviction under the above circumstances, the issue often arises wherein the landlord does not comport with the requirement. For example, if you examine the lead abatement eviction, it is conceivable that an unscrupulous landlord might evict a tenant to get rid of legitimate lead exposure issues and, in reality, never complete (or start, for that matter) the work and rent the unit to another tenant at a higher rate. Another example where conflict often arises is when the landlord evicts the tenant claiming they want to occupy the property and very shortly thereafter, re-rent the premises to someone else at a higher rate. This, of course, violates the law, as the landlord is required to use the premises as a primary residence for at least 36 months. Many of the just cause eviction reasons can be manipulated in much the same fashion.

The Rent Control Ordinance was written to help tenants but, importantly, it gives landlords rights as to when they can legitimately evict tenants. Problems arise, however, when the landlord does not follow either the letter or spirit of the law and they utilize just cause evictions illicitly to obtain an otherwise prohibited eviction. If you are a tenant in the San Francisco area and you are facing a just cause eviction, you owe it to yourself to make sure that your rights are protected. The skilled legal professionals at Brod Law Firm have been protecting tenants for years and holding unscrupulous landlords accountable. Give them a call today at 800-427-7020 or click here to set up your initial consultation and see what they can do for you.