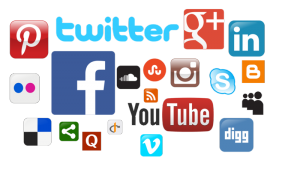 This week celebrity Kim Kardashian was allegedly the victim of an armed robbery while she was attending Paris Fashion Week in France. Although the investigation into the alleged robbery is ongoing, some journalists and others speculate that Kim Kardashian’s prolific social media use, especially her practice of publicizing her whereabouts and posting pictures of her extravagant jewelry, helped contribute in some way to the robbery.

Personal injury victims claiming they suffered an injury or other harm at the hands of another and who file a lawsuit seeking compensation are in a vulnerable position. While their case is pending and even (in some cases) after their case has concluded, their statements and behaviors can be the subject of great scrutiny by attorneys for the allegedly-negligent defendant who is seeking to minimize liability to the victim.

Assume for the moment that the allegations are true and that Kim Kardashian’s social media use somehow contributed to the robbery (by either publicizing where she would be or identifying items she had in her possession). This should tell personal injury victims who are alleging that another person’s actions caused them harm to:

If you are a prolific user of social media, discuss us with your San Francisco personal injury attorney whether continuing to use Facebook, Twitter, or other sites is beneficial to you and your claims while your case is ongoing.

Federal Government Moves to Crack Down on Nursing Home Abuse