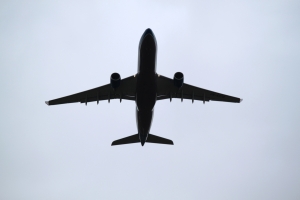 Whenever airline accidents occur, there are usually a cargo load of questions to be answered regarding likely causes, avoidable circumstances and other issues. But few ill-fated flights have generated as many questions left outstanding and mystery as Malaysian Airlines Flight 370, which vanished during the early morning hours of last Saturday. And San Francisco airplane accident attorney Gregory J. Brod would remind us that while airline and government officials may take weeks, months or even years before answering some of the key questions at stake here, the families of the 239 people who were on board have every right to ask why they had to lose their loved ones.

Malaysian Airlines Flight 370 departed Kuala Lumpur and was bound for Beijing when, at approximately 1:30 a.m. local time, the top-of-the-line Boeing 777-200 jet stopped communicating with air traffic controllers while traveling at 35,000 feet. The jet’s course was set for a northeasterly path over the Gulf of Thailand on the way to the Chinese capital. However, military radar detected blips from what may have been the Malaysian aircraft some 200 miles northwest of Penang, Malaysia, putting the plane well off course to the west of the Malay Peninsula and over the Andaman Sea. The last signal recorded by military sources registered at 2:15 a.m., Saturday, at 29,500 feet.

According to CNN, new information suggests that Flight 370 may have flown for several hours beyond the last transponder reading. Indeed, Malaysian authorities say that they have several “pings” from the plane’s service data system that were transmitted to satellites four to five hours after the last transponder reading. If that is so, at least one U.S. official believes that it would mean the jet flew as far as the Indian Ocean, a staggering off-course path.

“There is a probably a significant likelihood” that the aircraft is now on the bottom of the Indian Ocean,” said the U.S. official, who cited information the Malaysian government shared with Washington.

While early reports of the pings west of the Malay Peninsula sent to a satellite well after Flight 370’s last transponder signal were disputed by Kuala Lumpur, analysts from U.S. intelligence, the Federal Aviation Administration and the National Transportation Safety Board have all agreed that they were likely emanating from the missing aircraft.
But the mystery surrounding Flight 370 – as of the writing of this blog, no tangible evidence has been found regarding its fate – has become even more bizarre. It seems that an emergency beacon designed to transmit data if the plane were about to crash into the ocean failed to go off. The beacon’s distress signal would have been triggered by an interaction with water while the aircraft was on the surface of the sea.

The fact that the beacon failed to activate suggests that the airplane may not have crashed, that the transmitter malfunctioned, or that it’s underwater.

An even more strange twist concerning Flight 370 came to light Thursday evening, when two U.S. officials told ABC News that two communications systems on the aircraft were shut down. Reportedly, the plane’s data reporting system was shut down at 1:07 a.m. Saturday and its transponder that transmitted location and altitude was shut down 14 minutes later. Both circumstances beg the question of why the systems were shut down and whether it was a deliberate act.

It has been less than one week since Flight 370 disappeared, and while the list of questions concerning its fate has grown it has also become increasingly difficult to find any evidence of the jet in an ever-wider search zone. Meanwhile, family members of those people on board the aircraft are understandably frustrated, and they will in all likelihood need caring support that will include effective legal representation to help them get through this nightmarish situation. If you or a loved one has been injured or worse in an airplane accident, please contact the experienced attorneys at the Brod Law Firm for a free consultation.
-James Ambroff-Tahan contributed to this article.