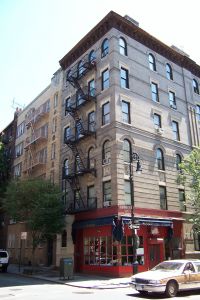 As firefighters and other emergency personnel continue to search for survivors in the wreckage of two brownstones in New York City that were brought down by a powerful explosion on Wednesday, they will also be searching for clues as to what caused the disaster. And with preliminary findings pointing toward a gas leak of some kind as the culprit, San Francisco personal injury attorney Gregory J. Brod finds some unsettling similarities with another explosion that rocked a community in the Bay Area in 2010.

According to The New York Times, the Wednesday morning blast that destroyed two adjacent mixed residential and commercial buildings on Park Avenue near 116th Street in East Harlem resulted, as of Thursday’s count, in eight deaths. That figure matches the number of fatalities from the Sept. 9, 2010, explosion in San Bruno, which also seriously injured dozens more. Unfortunately, emergency responders have continued to find bodies at the East Harlem explosion site.

Whereas in the San Bruno blast, which was also linked to a gas line explosion, 38 homes were completely destroyed and almost another 70 were badly damaged, the New York explosion claimed just the two adjacent brownstones, which had businesses on the ground floor and apartments in the upper floors. However, in both cases many residents were displaced from their homes by the respective explosions. When the two buildings at Park Avenue and 116th Street collapsed, scores of people from neighboring buildings were evacuated – as of Thursday, 70 people from seven neighboring buildings have not been allowed to return home due to the fact that their power remains shut off.

While it is still too early to draw any conclusions as to the cause of the explosion in New York, city officials, investigators and community advocates have focused on the city’s aging infrastructure as a possible factor. At the site of the blast, a majority of the underground pipes were laid down more than a century ago. It will be interesting to see if there was a rupture in the Consolidated Edison gas main, what caused it and if it could have been prevented. Residents of the area have stated that Con Ed workers, firefighters and police were in the neighborhood to investigate possible gas leaks one week before the blast happened. Residents also reported smelling gas the night before the explosion – residents close to the San Bruno blast also reported smelling gas days prior to the explosion there.

In the San Bruno explosion, a government probe found that a break in a Pacific Gas and Electric gas line caused the conflagration. Federal investigators also found numerous defective welds in the PG&E pipeline.

As in the San Bruno explosion, several people suffered serious burn injuries and will be scarred for some time. Of the dozens of survivors who were injured, a few remain in critical condition. And the families of those whose fate remains undetermined have agonized over the status their loved ones, with many congregating at relief centers such as the Red Cross shelter or undergoing the painful experience of visiting the medical examiner’s office to obtain information that might help with identification.

The stress and pain survivors and family members have had to go through in both the New York and San Bruno explosions has been immense, and these New Yorkers, like those who suffered in San Bruno, will also need effective legal representation to help them get through their crisis. If you or a loved one has been injured or worse in an explosion, please call the attorneys at the Brod Law Firm for a free consultation.
-James Ambroff-Tahan contributed to this article.