After serving as a law firm for Oakland accident victims for many years, The Brod Law Firm understands that car accidents are often far more complicated than people initially assume. While negligent driving is a key factor in many collisions, dangerous intersections and other hazardous roadways can significantly increase the odds of a crash. These risky areas can lead to both single and multiple vehicle accidents and knowing the history of an area is often key to winning an Oakland injury lawsuit. 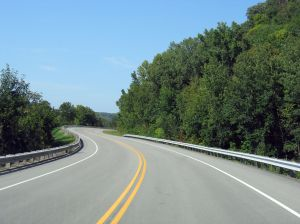 Neighbors Report Repeated Car Accidents on Grimmer Boulevard
A report in The Oakland Tribune focuses on a stretch of road that has seen more than its share of accidents and has left residents scared and angry. Leon and Marilyn Goheen told reporters that they had high hopes that they’d found a quiet suburban home when they moved to Robin Street almost fifty years ago. However, not long after the family settled in, the city built Grimmer Boulevard. Residents call the busy, curving roadway a “Dead Man’s Curve.”

Two lanes run in each direction on the stretch of Grimmer bordering the Irvington and South Sundale neighborhoods. According to area residents, vehicles travelling along the boulevard have been involved in at least fourteen accidents. The Goheen family says at least eight of these crashes involved motorists smashing into their backyard fence, including one incident that sent their son running from the backyard into the home for shelter. In the past month alone, one motorist died after crashing into another home along the road and another suffered injuries after careening into the Goheens’ fence. Leon and Marilyn now have grandchildren and say they find it difficult to relax when the kids are playing outside.

With the two recent crashes, residents fear the danger is growing and worry that coming rainstorms will only add to the problem. They note that the curve radius of Grimmer Boulevard in 580 feet in the outside lanes and believe it suffers from improper design. Although there is a 35mph speed limit, speeding remains a problem. City officials report that they are working on the problem. Fremont’s city engineer, Norm Hughes, says one tactic may be increased signage to warn motorists that they are approaching a curve. The city is also considering the use of a high-friction coating that will help prevent vehicles from sliding. Hughes is also considering the residents’ suggestion of a guardrail, though he notes they are not commonly used in a city environment and that colliding with a guardrail can pose a major danger to drivers. Residents, including the Goheens, are pressing for meaningful change, noting that more lives will be lost if the situation goes unchanged.

Litigating California Accident Cases Involving Dangerous Roads
A number of factors can contribute to a dangerous roadway or intersection. Some common issues include: Absence of traffic lights; Existence of blind spots; Curves in the roadway; Poor drainage; and Trees or other growth blocking views. Municipalities should prioritize safety and consider improvements to areas where accidents occur with unusual frequency, listening to residents and emergency personnel who are in the position to notice these trends.

As your Oakland dangerous roads law firm, we are ready and able to help those who suffer injury or lose loved ones due to hazardous conditions in Northern California. In some cases, a lawsuit against a city or town can be appropriate. These claims require a complex formula of proof and you need counsel with specific experience in this area. We know the difficulties of suing a municipality for a dangerous condition, but we believe in advocating for the victims of government inaction and also in helping to prevent future accidents. These claims may be subject to a much shorter period of limitations than typical injury claims, with some claims barred if not brought within six months.

We have vast experience helping injured people in San Francisco, Oakland and Sacramento, including in the complex field of suits against government entities for dangerous conditions. We can help, but only if you call.