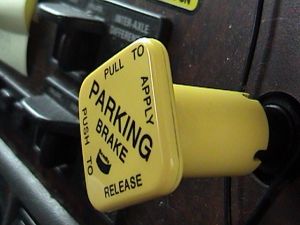 In a rare turn of events, a passenger was slapped with a ticket for driving under the influence on Friday. According to CBS local news, Brent Franco’s girlfriend was driving him home, but the situation became dangerous when the intoxicated Franco became aggressive and started making threats against her. Franco’s girlfriend was traveling around 65-70 miles per hour on the highway when the he pulled the emergency brake sending the car out of control and over the embankment. He then fled the scene, but police found him at his home and booked him for DUI and criminal threats. Thankfully, no one was injured in the incident.

California Vehicle Code section 23152(a) states, “It is unlawful for any person who is under the influence of any alcoholic beverage or drug, or under the combined influence of any alcoholic beverage and drug, to drive a vehicle.” In the above case, it is important under the law to determine that the passenger of the car was also the driver of the car. California Vehicle Code section 305 defines the word driver as “a person who drives or is in actual physical control of a vehicle.” Therefore, by pulling the emergency brake Franco took control of the car from his girlfriend and became the driver even though he never touched the wheel.

Driving under the influence is extremely dangerous and reckless. The Center for Disease Control reminds us that alcohol is a factor in nearly one third of all crash deaths in the United States. Alcohol lowers inhibitions and can lead to exaggerated behavior and slow reaction times. A mix of alcohol, aggression, and impulsive decision making may compel a person to take more risks behind the wheel as well as in many other situations. In this case, the intoxicated passenger’s impulsivity crossed the line and prompted him to take control of the vehicle.

The Brod Law Firm takes pride in sensitively communicating with our clients to help injury victims get justice and receive compensation for their expenses, pain and suffering that result from the negligence or recklessness of another driver. Please contact us the Brod Law Firm today if you have been injured in an accident to see if we can help you.