At The Brod Law Firm, our Sacramento injury lawyer believes that every client deserves his full attention, the benefit of his legal knowledge, and the advantage of the years of experience his whole legal team has representing victims in Northern California’s civil courts. When we work on product liability suits, we focus on linking the injury to the defective product and proving the extent of damages suffered as a result. Our job, and our dedication, is the same whether the client is a household name or known only in his/her own household. Still, the attention drawn to a celebrity case can help remind everyone that the law does provide remedies for those injured by a faulty product in California. 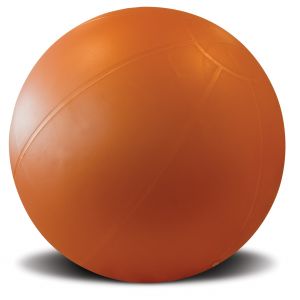 Garcia and Kings Settle Product Liability Claim Over Defective Exercise Ball
As reported in The Sacramento Bee, the Sacramento Kings and Francisco Garcia, who has played for the team since being chosen as a first-round draft pick in 2005, recently settled product liability claims stemming from an accident tied to an exercise ball. On October 9, 2009, Garcia was working out and lifting weights while he balanced on a seventy-five centimeter Gymnic exercise ball. The ball unexpectedly burst, dropping the athlete forcibly to the floor while he continued to hold a ninety pound weight in each hand. According to Garcia’s complaint, he incurred serious injuries including a fracture to the right forearm. As a result of his injuries, Garcia missed four months of basketball in the first year of a five-year, $29.6 million contract extension. Due to an aggravation of the forearm injury, Garcia missed an additional two games this March. According to a study commissioned by the plaintiffs, the company warranted that the exercise ball was blast-resistant and able to withstand 600 pounds, but tests showed a similar ball burst with under only 400 pounds of weight.

Both the Kings and Garcia filed suit against Ledraplastic S.p.a., an Italian company. Garcia’s complaint sought an unspecified amount of compensation including damages for physical pain, mental suffering, and loss of future earnings. The Kings claimed a breach of manufacturer’s warranty and sought more than $4 million that the team was required to pay Garcia while he was sidelined due to the injury. Pursuant to the settlement agreement, the financial terms will be kept secret but the company agreed to send a letter to all their distributors that the product should only be used with body weight and never with weights. The letter will also advise that the distributors forward the warning letter to their customers.

California Product Liability Claims
At heart, the claims in Garcia’s lawsuit fall under products liability principles. California courts use a strict liability rule in products liability cases. The plaintiff in these cases does not need to prove that the defendant acted negligently. Instead, the plaintiff only needs to prove: 1) The product was not safe; 2) The plaintiff was injured; and 3) The product caused the injury. This rule recognizes how difficult it would be to prove that the plaintiff knew or should have known the product was dangerous or was otherwise negligent in manufacturing or selling the item.

California products liability claims usually revolve around one of three general theories of the case. These theories are: 1) Design defect (where the product’s design involves inherent dangers even though a safer alternative exists); 2) Manufacturing defect (where the design was generally safe but the item failed to adhere to the plan resulting in a dangerous item); and 3) Warning/Instructional defect (where a manufacturer or seller failed to provide a warning regarding a known danger). Notably, these theories do require proving both danger and a safer alternative but they do not require proving anything about the defendant’s intention or knowledge.

Our Firm, Our Promise
Greg Brod is an experienced Sacramento products liability attorney. Along with his team, he uses this knowledge to help every client recover compensation. Every case and every client gets the very best legal service because every client is important to us, whether or not their names are on the roster at Sleep Train Arena.