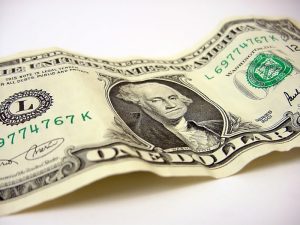 When someone is injured because of the negligence of someone else, the other party may be responsible for paying medical bills and other damages. While it is clear that all costs associated with medical treatment should be paid, many people wonder what other compensation they may be entitled to. In California, as in other states, victims may recover economic losses and non-economic losses. Punitive damages are considered punishments and are not always available.

Economic losses are the costs directly associated with the injuries, such as medical bills, and the costs of rehabilitation, for example. These are the real costs that were incurred because of the injury. Victims may have already paid hospital and other bills, or they may still have some expenses that will be incurred.

A victim, or his or her family, may incur non-economic losses as a result of the injury or death. These may consist of pain and suffering, lost wages, loss of enjoyment of life, and loss of companionship, to name just a few. These are damages that were a result of the accident, but may not have a specific cost associated with them. For instance, if a victim falls and breaks his leg due to the negligence of a building owner, the victim’s non-economic losses may include money that he would have been paid had he been able to go to work.

Punitive damages are generally only meant for cases in which there is extreme negligence. This compensation is designed to discourage negative behaviors and keep them from occurring in the future. Punitive damages can significantly increase the amount of money a victim receives in a successful lawsuit. Punitive damages may sometimes be associated with criminal acts, such as DUI.

Punitive damages may amount to two or three times the amount of compensatory damages. Your case must first qualify for punitive damages. The negligent action that caused the injury must be proven to have been due to oppression, fraud, or malice. You must be able to provide “clear and convincing” evidence of the action. It is important to note that punitive damages are only considered in cases where there are actual damages.

Punitive damages are a complex part of personal injury cases. Your attorney will review all the details of your case to determine whether or not punitive damages are feasible in your situation. Not all cases include these types of compensation, however, many do. If you were injured because of the negligent actions of another, it is advisable to take the steps necessary to attain the compensation you deserve.

Contact the experienced lawyers at Brod Law Firm to discuss your case. We have offices located in San Francisco, Oakland, and Santa Rosa, and offer free consultations. Call Brod Law Firm today at 800-427-7020.