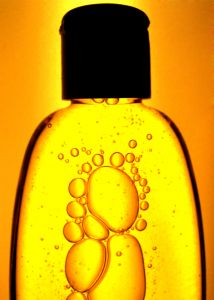 It is reasonable to expect that consumers should be able to use everyday household products according to product directions without falling ill, but as a lawsuit filed in Alameda County Superior Court on Tuesday argues, even the use of as seemingly an innocuous personal care item as shampoo can prove hazardous to one’s health. And as the scope of the lawsuit becomes clear and gels, this case has the possible makings of a major products liability and toxic tort legal action.

As a recent article in the San Francisco Chronicle explained, the Center for Environmental Health (CEH), which is an Oakland watchdog organization, filed the lawsuit accusing Walgreens, Lake Consumer Products, Vogue International and Ultimark Products of having products for sale that allegedly contain cocamide diethanolamine, or cocamide DEA, and for not labeling the products warning consumers that the shampoos, soaps and other care products contained high levels of a carcinogen. Cocamide DEA is a compound used to make the foam and bubbles in shampoo, but it was listed last year as a carcinogen under California’s Proposition 65 in the wake of an International Agency for Research on Cancer report fingering it as a possible carcinogen in humans. That state measure, formally known as the Safe Drinking Water and Toxic Enforcement Act of 1986 and which was easily approved by the voters that year, seeks to protect drinking water from toxic substances that cause cancer and birth defects. Prop. 65 also sets a general goal of reducing or eliminating exposure to such harmful chemicals in consumer products and mandates product labels warning consumers of the hazards of such chemicals.

The state had given companies a one-year grace period to comply with Prop. 65 after adding cocamide DEA to its list of possible carcinogens, but this summer the CEH purchased shampoos and other products from stores in the Bay Area and online retailers and then had them tested. The independently conducted tests demonstrated that 98 products contained unacceptably high levels of cocamide DEA. Now, the CEH has said that it plans to sue more than 100 other companies beyond the aforementioned group of four that manufacture or purvey such products, including such well-known firms as Colgate Palmolive, Kohl’s, Rite Aid, Sears, Sephora, Target, Trader Joe’s and Walmart.

With respect to products liability, a key basis for legal action is proving that a manufacturing or design defect was instrumental in causing harm to a plaintiff. In addition, the defect may be based on the fact that the product lacked sufficient instructions or warnings of potential safety hazards. Similarly, in the case of toxic torts, potential plaintiffs are exposed to harmful chemicals but may not have not been afforded the chance or opportunity to take steps to safeguard their health, usually because of the hidden nature of the problem.

Whether there are grounds for a products liability case or a toxic tort, if you or someone you know has suffered harm due to exposure to hazardous chemicals, please do not hesitate to contact the specialists in these practice areas at the Brod Law Firm for a free consultation.
-James Ambroff-Tahan contributed to this article.

See Related Blog Posts:
Exposure to Lead from Consumer Products is Not a Thing of the Past