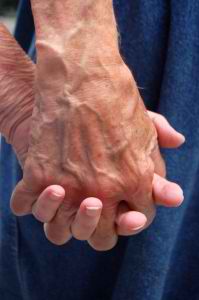 Our Sacramento nursing home abuse attorneys understand that local elder abuse and neglect occurs far more often than many area community members suspect. Not only that, but many long-term care facilities go to extreme lengths to cover up the poor care that they often provide to vulnerable seniors. For example, the Sacramento Bee recently published a series of stories explaining the widespread falsification of medical records undertaken by nursing home employees in an attempt to hide evidence of Sacramento elder neglect. State investigators continue to uncover stories of facilities throughout the area where patient information has been changed to make it appear that they received a satisfactory level of care, even though they did not. Fortunately, more and more family members of these victims are stepping up and demanding accountability.

While not always easy to catch, deceptive (and illegal) practices by these negligent facilities have been proven on a number of occasions. One supervisor at an area nursing home admitted that she was ordered to change a patient’s medical record to hide the fact that the man had died from severe bedsores caused by neglect. In another case, a deceased patient’s medical chart claimed that the resident received physical therapy sessions five times a week. However, nearly thirty of those documented sessions were supposedly led by nursing assistants who were not even at work at the time of the reported therapy. In yet another case a patient who died of neglect had a medical chart hurriedly produced with fake entries claiming check-ups from a nurse who did not even exist. The list of examples of these egregious attempts to hide Sacramento nursing home abuse goes on and on.

In many cases this information is modified after a resident has died from poor care in an attempt to evade legal liability for the inadequate treatment. However, in other cases, the false records are entered while patients are still alive-ultimately leading to deadly complications for the involved seniors. For example, sometimes patients are listed as showing no medical issues after a routine check-up that was never performed, causing residents who actually do have medical needs to fail to receive the emergency care they need. At other times a medication or treatment is charted before it is actually given. Cases have also been found of nursing home staff members who falsify consent forms so that residents can be illegally sedated or forge documents so that disagreements have to be settled through arbitration.

There is simply no excuse for any facility to tolerate sloppy record-keeping at these facilities. Of course all instances of intentional altering of records to avoid liability must be punished to the full extent possible-it is a crime to do so under California law. However, even record-keeping mistakes made out of sheer laziness can have life and death consequences. One 77-year old woman at the El Dorado Care Center in Placerville died after suffering fecal impaction. Her rectum was dilated a shocking 10 centimeters at the time of her death, but her medical chart claimed that she had several bowel movements in the previous days. Medical experts who examined the victim afterwards admitted that there was likely no way that the charts could have been accurate given her condition. Had the records been kept accurately and evaluated in a timely manner it is likely that the victim could have receive the care she needed before the medical problems killed her.

Local facilities should never be allowed to get away with these deceptions. If you or someone you know may have suffered because of inadequate care at a local nursing home, please get in touch with our Sacramento nursing home abuse lawyers. The civil justice system provides avenues for family members of these victims to hold those who caused their deaths accountable for the mistreatment. Long-term, systematic improvements in elder care are usually only enacted after victims come forward and force these facilities to provide quality, consistent, and honest care to those who depend on them.

Oakland Attorney Comments on Yet Another Elder Abuse Case