Ask a group of people and usually at least one can share a horror story about housing, often centered on an awful roommate who was loud, never paid rent on time, or refused to lift a finger when it came to keeping the place clean. Some might also share a story about a troublesome landlord, but very few would rise to the level of a San Francisco couple who made national headlines and were dubbed “landlords from hell.” Like driving by an accident scene, the nation and our local community can’t look away from this story. At the Brod Firm, our San Francisco tenant’s law firm is horrified by this story and our team wants to remind readers that there is legal recourse for tenants facing bad landlords, including circumstances much less severe than those in this story.

Landlords Use Reign of Terror to Try to Force Tenants Out 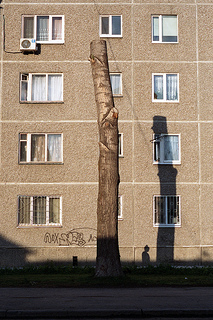 A report in The San Francisco Chronicle announced a plea deal in the criminal case against husband and wife property owners who terrorized tenants in an effort to force them out of the South of Market property. In the course of this campaign lasting from 2005 to 2007, Kip and Nicole Macy rendered their property at 744-746 Clementina St. almost completely uninhabitable. A sampling of the Macy’s acts includes:
• Dousing tenants’ beds, clothes, and other belongings in ammonia;
• Directing workers to board up windows while the tenants were inside the unit;
• Sawing a hole in the floor of a unit and cutting the building’s support beams to render it vulnerable to collapsing;
• Changing the lock on the main gate on nearly a daily basis to keep tenants out and force the live-in manager to let them in;
• Entering a unit and tossing a resident’s artwork into the garbage; and,
• Threatening to shoot a tenant.

The Macys also directed their actions against a lawyer for the tenants. Impersonating a tenant, Nicole Macy sent an email firing their lawyer and then threatening to kidnap, kill, and dismember the attorney’s children.

District Attorney George Gascon suggested that the Macys had financial motives and wanted to empty and then sell the property. In 2008, the court charged the Macys and released them on $250,000 bail each, but they fled to Italy and did not return for their 2010 trial. Italian authorities detained the pair in 2011 and the Macys fought extradition until being returned to San Francisco last month. They pled guilty last week to charges of stalking, burglary, and attempted grand theft and will spend four years and four months in state prison.

California Tenants’ Rights Under State and Local Laws
Landlords have a lot of power and can make tenants’ lives miserable. If a landlord renders a property legally uninhabitable, which does not mean it has to be factually unlivable (see our prior discussion of habitability), California law provides several options. Depending on the specific circumstances, the tenant may be able to: 1) Repair & deduct, 2) Abandon the property, or 3) Withhold rent. Tenants should contact a lawyer before acting because each remedy has risks and is only appropriate under certain circumstances. In addition to the state law, residents may be protected by local provisions, such as the San Francisco Rent Ordinance which addresses rent control and other tenant rights.

Experienced Legal Counsel for Landlord-Tenant Disputes
Tenants have rights. Do not assume your case has to rise to the level of the Macy story to justify legal intervention. If your California landlord fails to provide and maintain a habitable unit, please call our California tenants’ lawyer. We can help protect your rights.

See Related Blog Posts:
What Does “Habitability” Mean in California?

(Photo (not of apartment in story) by Anton Novoselov)