The problem of pedestrian and cyclist accidents in San Francisco is a topic all-too-familiar to readers of this blog. As a San Francisco personal injury law firm, our team is always focused on the “Why?” This question is part of our client representation, but it is also part of our commitment to prevention. We want to make the fabled Streets of San Francisco safer for all travelers; a key piece of this effort is identifying common factors in previous accidents. We are particularly concerned when this examination leads to the conclusion that the city and dangerous roads may be partly to blame.

Statistics Point to High-Injury Corridors that See a Disproportionate Share of Serious Accidents
As noted in a recent San Francisco Chronicle article, the city has spent time and directed funds toward the problem of pedestrian and cyclist accidents, but the threat continues and many suggest a failure to follow through with planed proposals is a key part of the problem. The spike in pedestrian deaths in late 2013 has continued into 2014, including the death of a pedestrian in the Parkside neighborhood last week. While driver behavior is obviously a major cause of dangerous accidents, statistic reveal that a mere 6 percent of San Francisco streets see a whopping 60 percent of auto collisions in which a pedestrian is killed or seriously hurt. Likewise, 5.2% of the city’s street miles can be deemed “high-injury corridors” since they see more than half of pedestrian injuries and deaths.

Officials and Interest Groups Point to Paralysis in Decisions, Actions 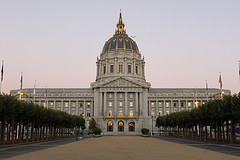 City officials have earmarked tens of millions of dollars in recent years to re-engineer dangerous corridors, but projects lag and remain unfinished while death counts rise. Insiders say planned education and awareness initiatives will not work without physical street improvements and a commitment to enforce traffic laws. There have been some street improvements, such as Valencia’s widened sidewalks and designated bike lanes and the recently rolled-out traffic calming measures on Cesar Chavez Street. Still, many officials say the efforts are too slow and too few.

Supervisor Scott Wiener is one of these officials. In particular, he notes that a desire for consensus appears to paralyze San Francisco’s decision-makers, leading to a lag in implementation and a tendency for final efforts to be watered down. He adds that public opposition, such as concerns about lost parking spaces or traffic lanes lost to sidewalk-widening projects, can leave the city paralyzed and that it seems like every agency has a veto. Weiner says, “We are a democracy, we have to make decisions and move forward, even if people are scared.”

Leaders from interest groups, such as the San Francisco Bicycle Coalition (Attorney Brod is a member) and Walk San Francisco, praise positive changes in the way city leaders view bicycling and walking and add that they appreciate the added resources directed towards those areas. Still, they say the pace of change is frustratingly slow, citing a plan to add bike lanes to two blocks of Polk Street that has sat on the city’s “to do” list for a decade (officials say it will be done by May). Like Weiner, they point to a tendency to “over-process” and “let the perfect be the enemy of the good.”

To be fair in our coverage, the frustration is not universal. Supervisor Jane Kim, who oversees two areas that see a large share of serious collisions, applauds the city for applying creative solutions to its problems. She cites specific projects including plans for Second Street as responsive to the problem of pedestrian- and cyclist-involved collisions.

Holding the City and City Agencies Responsible for Dangerous Streets
We are glad some officials see improvements, but we share the opinion that changes are too few and too slow to come to fruition. Under some scenarios, the refusal to respond to known dangers may open the city and/or its agencies to significant liability. When we represent the injured and the grieving, we look to all parties responsible for the tragedy. This can, and should, include municipal actors. As a San Francisco municipal liability lawyer, Attorney Brod understands the very complex rules and procedures that govern such claims. Of course, our practice extends to injury claims against San Jose, Oakland, Santa Rosa, and any other California locality (or even the state itself). Call to learn more and schedule a free consultation focused on your unique case.