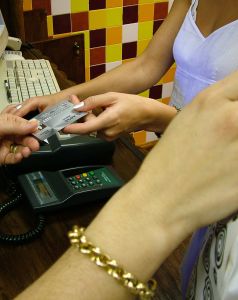 The news about security breaches at well-known retailers and other businesses keeps rolling in – after the mega-breach at Target, there were revelations about identity theft at Neiman Marcus as well as major hotels in the United States. The fact that millions of card holders’ personal information may have been compromised due to the various schemes is distressing enough, but another fact that San Francisco personal injury attorney Gregory J. Brod finds troubling is that technology already exists that could have prevented much of the theft.

The problem at Target and the other businesses that experienced security breaches is that they have been employing magnetic strip cards to process their transactions with customers – technology that dates from the 1960s – and the magnetic strip cards are easy for thieves to hack. Among the few remaining countries where credit and debit cards still depend on a magnetic strip to store and transmit account information, a group that unfortunately includes the United States, hackers have found a haven.

As opposed to magnetic strip cards, chip-based “smart cards,” which have an embedded microchip within them that requires a personal identification number to access the encrypted personal information, are much more difficult for thieves to hack. Anti-fraud legislation and government mandates have driven companies to adopt chip-based cards in Europe and Asia, respectively.

The experience of having undergone a massive security breach apparently was enough for Target to announce that it was speeding up implementation of a chip system in its proprietary “REDcards.” Interestingly enough, according to Benzinga, Target as well as other retailers have already adopted smart cards in Canada, where losses from card-skimming schemes dropped 72 percent between 2008 and 2012. In Europe, identity theft has been 67 percent lower over the last nine years.

Companies that process credit card transactions such as Visa and MasterCard, eager to stem further losses, have set an October 2015 deadline for banks and retailers to adopt smart cards. And the incentive for getting banks and retailers to switch all boils down to the issue of liability. That’s because whereas right now, the bank that issued a card usually absorbs the cost of fraud, but after the October 2015 deadline, any merchant without a chip reader will be required to absorb the cost if they process a magnetic strip transaction from a card that is supposed to have a microchip.

But the money and personal security and identity of card holders is a precious commodity to the card holders, and they have every right to pursue all of the remedies available to them under the law if they have become victims of identity theft. If you have suffered identity theft at Target or any other retailer whose security system has been breached by hackers, please contact the attorneys at the Brod Law Firm for a free consultation.
-James Ambroff-Tahan contributed to this article.