An 82-year-old elderly woman was assaulted by an angry dad who thought she was scolding his child, the San Francisco Gate is reporting. According to this news source, the woman was a visitor at the Golden Gate Park when she observed a child harassing a goose and asked the young male to stop. Acting under a wrongful assumption, the man shoved her to the ground because he believed she was harshly punishing his child. As a result of this shove, the woman struck her head and sustained serious personal injuries. The police are still looking for the man, who has been only described as a male suspect in his 40’s.

Our San Francisco injury attorneys wish this woman a successful recovery and hope that law enforcement officers find the culprit who committed the attack against her. Parents can become emotionally charged when they believe a person outside of the family reprimands their child for inappropriate behavior. However, it is obviously inappropriate to physically strike an individual without legal justification. As a matter of fact, not only can a person be criminally punished for committing a battery, but they can also be sued in a civil lawsuit. 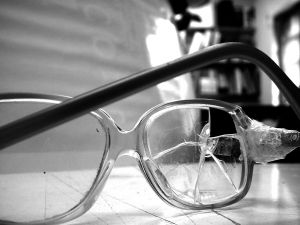 Civil Remedies Following an Assault
Assault and battery is a common law offense and many states, including the state of California have enacted statutes which permit injured persons to sue their perpetrator in a civil court. It is reasonable for victims to file a California personal injury lawsuit to hold their attackers responsible since assaults and batteries often inflict severe harm, including broken or fractured body parts, abrasions and emotional distress due to the trauma in which they have experienced.

Usually, persons who are interested in suing their attacker wait until the criminal courts return a guilty verdict. However, in situations where the criminal courts do not have a sufficient amount of evidence to find the attacker guilty, the civil system provides an alternative legal solution so that the accused does not completely escapes liability.

The criminal law and civil law have different rules, which makes is common for one not to be found guilty in a criminal sue but found liable in a civil suit. One of the reasons to why an attacker may be found liable in a civil lawsuit is because the burden of proof is lower than that in criminal courts. In a criminal court, the jury or judge must believe beyond a reasonable doubt that the accused is guilty. But in civil court, the burden of proof is met when the plaintiff has convinced the fact finder from the preponderance of evidence that defendant is responsible for causing their harm.

In this California assault and battery incident, the district attorney will have to determine whether or not criminal charges will be filed against the man, once his identity has been revealed. When it comes to a civil suit, the victim herself will control whether or not the case is pursued. If you or a loved one has recently experienced an event, or you know someone who has, contact our San Francisco injury attorneys to learn about your legal rights.