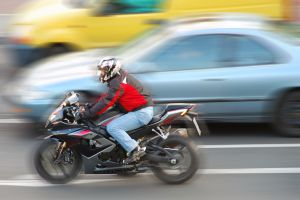 Data has made it quite evident that riding a motorcycle has become an increasingly perilous pursuit in the United States, with the most recent information showing that motorcycle fatalities are on the rise in this country. But studies show that the unwelcome numbers look even more dispiriting once one factors in alcohol-impaired driving on the part of at least one of the parties involved in a crash, and the alarming statistics are the continuing concern of San Francisco motorcycle accident attorney Gregory J. Brod.

Two Unrelated Fatalities on Bay Area Highway Last Week
The risks to motorcyclists were on display in a high-profile and most unfortunate way last week and particularly this weekend when two motorcyclists died in two separate incidents on the same Oakland freeway. According to the San Francisco Chronicle, the most recent incident involved two motorists who were arrested on suspicion of drunken driving after the rider of a Harley-Davidson motorcycle got into an altercation with one of the motorists on Interstate 880, with the motorcyclist crashing into a different motorist. The collision with the second vehicle, a pickup truck, caused the latter to burst into flames and the death of the motorcyclist; investigators are still trying to figure out the exact sequence of events. The fatality was the second suffered by a motorcyclist on I-880 in less than one week, as another motorcyclist died Thursday when crashing his Harley-Davidson into the rear of a big-rig truck on that interstate.

While police suspect that alcohol was a factor in one of the last week’s crashes involving a four-wheeled motor vehicle and a motorcycle that resulted in the death of a motorcyclist, by at least once measure the numbers for alcohol-impaired driving of motorists have been gradually improving over the last four decades. Indeed, according to statistics from the National Highway Traffic Safety Administration, the percentage of weekend nighttime drivers with a blood alcohol concentration above the legal limit of 0.08 g/dl has dropped from 7.5 percent in 1973, to 5.4 percent in 1986, to 4.3 percent in 1996, and to 2.2 percent for the most recent survey conducted in 2007.

When taking a look at overall traffic fatalities involving a motorcyclist, an estimated 148,000 motorcyclists have died in crashes since the enactment of the Highway Safety and National Traffic and Motor Vehicle Safety Act of 1996. Using per-vehicle miles travelled in 2007, motorcyclists were about 37 times more likely than passenger car occupants to die in a motor vehicle traffic crash and nine times more likely to be injured. These figures are very troubling to us, and if you or a loved one has been injured or killed in a motorcycle accident, please contact the experienced attorneys at the Brod Law Firm for a free consultation.
-James Ambroff-Tahan contributed to this article.

The Threat of Drunk Driving Deaths in California and Nationwide