We often use these pages to encourage members of our Northern California community to drive safely. As an Oakland personal injury law firm, we speak with an understanding of what happens when drivers take risks behind the wheels. Sometimes, however, the voices that can speak the loudest about safety are the victims themselves. These voices speak with a deep knowledge about the real consequences of reckless driving behavior. 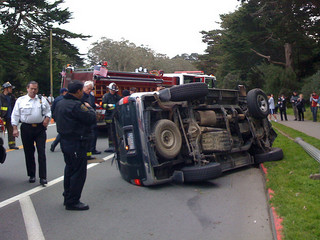 On March 19, 2011, nineteen year old Pablo Garibay died in a single car accident on James Donlon Boulevard in Antioch. The driver, Rafael Madrid later pled guilty to gross vehicular manslaughter while intoxicated and the court sentenced him to a four year prison sentence. On the two year anniversary, the News Herald covered a vigil marking the crash date. Theresa Cuevas, Garibay’s still-grieving mother, opted to stand in the shoulder of the four-lane road, urging drivers to exercise caution. She told reporters that people often drive too fast through the area, exhibiting carelessness despite a nearby park and crosswalks often used by children. Cuevas also called for the city to install a stop light or stop sign to force drivers to slow their speed.

The three-mile stretch of James Donlon Boulevard between Lone Tree Way and Somersville is known as one of Anitoch’s most dangerous roadways. It is often used by commuters who travel well in excess of the posted 40mph speed limit, raised from 35mph in 2009. A history of accidents includes drivers hitting trees, medians, soundwalls, power poles, and even pedestrians. Police Captain Steve McConnell noted that a recent motorcycle crash involving serious injury is just the latest incident on the accident-prone road, one of a series of parallel thoroughfares that drivers use to bypass highway construction. Cuevas added that there have been ten major accidents on James Donlon since her son’s death two years ago. Luckily, none of the crashes was fatal.

In an effort to prevent other families from facing the loss of a loved one, Cuevas urged drivers to slow down and encouraged young drivers to pledge not to drink and drive (Madrid, the driver of the SUV in which her son died, was drunk). At the vigil, friends and family grieved Garibay’s passing, saying he had his entire life before him. In an all-too-ironic turn, Jose Garibay Jr., Pablo’s twin, crashed his own vehicle while delivering pizzas a mere twenty minutes prior to his brother’s accident. Jose’s accident also occurred on James Donlon. He was lucky enough to walk away without injury.

The Response of the City, The Response of Our Oakland Victims Law Firm
City officials point to traffic lights installed in 2004 and the 2009 traffic study that raised the speed limit from 35mph to 40mph. A spokesman said that the department gets fewer complaints about speed since the changes. Officer McConnell added that while there are not dedicated traffic officers, police do engage in direct enforcement efforts when possible. He added that there will always be those who speed regardless of any enforcement efforts, noting he recently pulled over a driver who blew past him at 55mph while the officer was driving in an unmarked vehicle.

We are not ready to concede that there will always be those who speed. We still hope that one day all drivers will heed the warning to drive with care. We hope that no families will face the grief experience by Cuevas and that no victims will have to adjust to life-altering injuries. Until that time, we are here to help people injured by negligent drivers on California roads. Call our Oakland accident lawyer to talk about your rights.

Our Promise to Remember the Victims