We all have our driving pet peeves from drivers who leave their turn signals on for miles to drivers who seem incapable of parking within the lines and instead take up two parking spots (inevitably during a time when few spots are available. While some pet peeves are mostly annoying nuisances, others can also be major road hazards that put offending driver and everyone around them at risk. Drivers who use the exit lane to speed past traffic are not only annoying, they are dangerous and their habit can lead to serious accidents. Our San Jose accident attorney is dedicated to helping people injured by improper passing attempts, a behavior that is always frustrating and sometimes deadly.

Misuse of Exit Lanes on the Rise in Bay Area 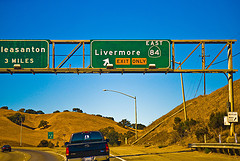 Exit lane misuse in the Bay Area inspired a recent article in the San Jose Mercury News. The author noted that drivers using exit lanes to zip past traffic and then trying to make their way back into the travel lanes is not a new problem, but it is one that seems to be on the increase along with a general rise in traffic in the region. It is an issue that inspires calls to the paper’s Roadshow columnist and one the California Highway Patrol (“CHP”) agrees happens far too frequently.

Legality and Liability of Exit Lane Passing
According to the report, using the exit lane in order to pass is illegal where there are signs stating that driver in a given lane must exit. If a driver travels past the sign and does not actually exit, he or she may be subject to a fine of around $250. Surprisingly, the behavior is actually legal if done safely at interchanges that lack such a sign. Still, as CHP Officer Chris Falkowski notes, the act, which often only saves the driver about 30 seconds, is frustrating and unsafe. So-called “exit-lane cheaters” are often forced to brake in order to merge back into the travelling lanes and may even have to come to a complete stop when others refuse to let the culprit back into traffic. This not only leads to back-ups, but also collisions, as those who are actually trying to exit have to stop suddenly and unexpectedly or risk a rear-end accident that can spark a chain reaction crash.

Exit lane misuse is not only annoying and widespread (a columnist in New Zealand commented on the same problem!), it is dangerous. Those who engage in this risky habit can and should be held accountable for any injuries it causes. As we’ve often noted in this column, the civil and criminal legal systems are separate entities. Even when exit-lane passing is legal, it may be deemed negligent or reckless and the driver may be liable for monetary damages in civil court if someone else is injured as a result of the act. Call our injury law office in San Jose or any of our other Northern California locations if you’ve been injured as a result of someone else’s decision to risk safety in order to gain a few extra seconds of travel time.