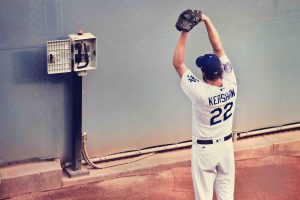 Injuries sustained in sports stadiums fall under California’s premises liability laws. These laws state that in order to claim compensation for injuries sustained on someone else’s property, you must prove that the property owner was negligent. Proving this in any premises liability claim is difficult, but it is particularly challenging when trying to hold stadium owners responsible.

Firstly, stadium owners do have certain responsibilities to make sure their property is safe for spectators. They must comply with state and league regulations such as by installing nets to prevent balls and pucks from flying into the crowd and hitting spectators.

Stadium owners also have certain obligations under premises liability law to ensure that there are no broken steps or cracks in the pavement that spectators by which could become injured. Stadium owners are responsible for their entire grounds, not just the interior of the stadium.

If stadium owners fail to meet any of these responsibilities and you become hurt as a result, you may be entitled to compensation. In the most recent case, if the stadium owner did not provide enough lighting or security in the parking lot and that contributed to the attack, they could be held liable for the man’s injuries.

When Stadium Owners are Not Liable

There are two main instances in which stadium owners may not be found liable for injuries sustained on their property. The first is if they did not have adequate time to correct a dangerous situation.

For example, stadium floors, particularly in the washrooms, are notoriously wet and slippery. It would be impossible for stadium owners and their staff to ensure the bathroom floors never become wet for several hours on end. You may not be eligible for compensation if you are injured in this type of accident.

Secondly, due to the fact that there is some inherent risk in watching sports, such as being hit in the head with a foul ball, stadium owners may not be liable for these injuries, either. Most tickets have a disclaimer on the back protecting them from this liability. It is important to remember however, that this fine print is not always ironclad. If the stadium did not have the proper netting up for example, to prevent foul balls from entering the stands, you could have a claim.

Speak to a California Personal Injury Lawyer About Your Case

If you have been hurt at a sports stadium and believe it was due to negligence, do not go up against these big businesses on your own. Call the experienced Oakland personal injury attorneys at Brod Law Firm. We will not be intimidated by the teams of lawyers the stadium owner likely has fighting for them, and we will be just as aggressive when trying to get you a fair settlement. Call us today at (800) 427-7020 for your free case evaluation so we can help you get any compensation you deserve as soon as possible.

Slip and Fall Accidents: What You Should Know Before You Sue