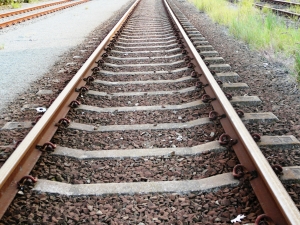 While the deadly commuter train derailment in New York City on Sunday grabbed the attention of much of the nation, another story regarding trouble on train tracks occurred Wednesday morning here in the Bay Area when the emergency brakes on a BART train locked up and choked its cars with fumes. In both cases, our train accident attorney Gregory J. Brod is among those asking why these disturbing events can happen.

Inattentive Operator at the Controls of Train in the Bronx
With respect to the derailment of a Metro-North Railroad commuter train in the Bronx, the New York Times is reporting that the Manhattan-bound train’s operator fell into an early-morning daze on Sunday as the train was speeding on a curve and derailed, killing four passengers and injuring 70 more. It also seems that a warning system in place that may have prevented the accident was located on the locomotive pushing the train, at the other end of the train from the locomotive pulling it where the engineer was situated. The warning system, a so-called “alerter,” is designed to automatically apply brakes to a train in cases where the operator is unresponsive.

The Metropolitan Transportation Authority, the government agency that runs the Metro-North Railroad, has said that new trains would include alerter systems in all cabs, but the authority hasn’t said whether all cabs of older trains would be fitted with them.

Whereas the tragedy in New York may ultimately be attributed to human error and may have been averted with appropriate technology placement, the troubling issue BART faced Wednesday morning may have more to do with an increasingly old stock of rail cars more vulnerable to breakdowns and other age-related problems.

According to the San Francisco Chronicle, a westbound Pittsburg/Bay Point-line train loaded with 700 passengers departed from the Orinda station and was heading through a 3.2-mile tunnel in the Berkeley hills at 8:30 a.m. when the brakes of the train locked up, causing fumes to fill the cars. The fume-filled train remained stalled in the tunnel for one hour and prompted several captive passengers to seek medical attention.

Some BART Trains as Old as Transit System Itself
The incident was the latest in a series of recent embarrassments to befall the transit agency that has been serving the Bay Area for over 40 years. As it turns out, there are BART trains still in use that are older than 40 years, with the average age of the system’s trains standing at 33 years. Indeed, the train involved in Wednesday’s incident that BART officials attributed to a short circuit had a emergency breaking system with technology from the 1980s. And that is a recipe for not only delays but also breakdowns such as the one that occurred on the ill-fated Pittsburg/Bay Point-line train.

In Wednesday’s incident, the malfunctioning brakes released light smoke or dust along with a strong oder. As a result, after the train finally began moving again and arrived at the Rockridge station at 9:30 a.m., 11 people were taken to local hospitals and treated for dizziness, shortness of breath and nausea, but authorities said all were expected to recover.

We at the Brod Law Firm understand that the beleaguered BART system has its plate full with problems, and among them is the need for the costly new fleet of cars that the agency has ordered. But we also are sensitive to the needs of people who, through no fault of their own, may be injured, sickened or killed while riding trains. If you or a loved one has been injured, fallen ill or killed while riding as a passenger on a train, please call the experienced personal injury attorneys at the Brod Law Firm for a free consultation.
-James Ambroff-Tahan contributed to this article.