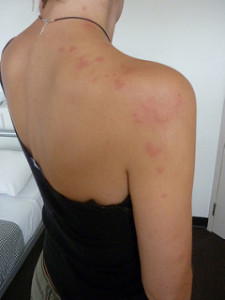 According to Santa Clara County Vector Control District, one of a dozen districts in Greater San Francisco focused on pest control, bed bugs are tiny insects that evolve from eggs to nymphs the size of poppy seeds to adult bugs approximately one-quarter inch long with reddish brown flat bodies.  Bed bugs cannot fly, instead crawling and often being carried by a host from one location to another.  While they do not transmit disease, bed bugs feed on blood and their bites can cause itchy red spots or larger welts in sensitive individuals.  Bed bug bites can become infected if scratched.

Each year, Orkin ranks U.S. cities based on the number of bed bug reports.  While Chicago tops the 2014 Bed Bug Cities List for the third year in a row, the San Francisco-Oakland-San Jose region jumped three spaces (in the “wrong” direction) to number 16 and the Sacramento area made a double-digit jump to 27 from 41 in 2013.

California Civil Code section 1941 requires landlords to maintain all rental units in a habitable fashion, an obligation that includes ensuring units are free of vermin.  In general, California law holds landlords responsible for the 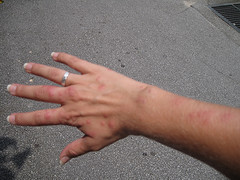 costs of bed bug eradication.  Effective bed bug treatment in multi-unit buildings often requires inspecting and treating units adjacent to those known to be infected, as noted in a memo from the Environmental Protection Agency titled What Landlords Need to Know about Bed Bugs, and failing to do so can lead to re-infestation.  Tenants should be prepared to cooperate with eradication efforts and maintain an uncluttered home to help limit the places where bugs can hide.  We are watching a bill pending in the California legislature that would further spell out the duties of landlords and tenants.

In some cases, human actions can prolong, exacerbate, or even initiate a bed bug infestation.  If you are in Northern California and your landlord is not responding effectively to your complaints about bed bugs, call our San Francisco tenants’ bed bug lawyer.  We are prepared to file claims against both private and “public” landlords (i.e., housing authorities, etc.) as well as any other parties responsible for an infestation.

The Mental and Emotional Toll of Bed Bugs

(Image of back by Richard Thomas, Image of hand by snowflakegirl)