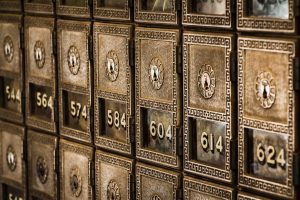 The First District Court of Appeal in California found the state’s Elder Abuse and Dependent Adult Civil Protection Act should be interpreted broadly. In Mahan v. Charles E. Chan Insurance Agency, Inc., the court determined that the Act covers claims arising from bad faith insurance sales practices. Despite the elderly plaintiffs not paying for the insurance policy directly, the court determined that they suffered a unique injury. This decision is likely to be important down the road as more financial elder abuse claims come to light, and individuals and their loved ones strive to protect their interests and punish those who attempt to take advantage. If you believe this decision may affect your civil claim regarding financial elder abuse, contact an experienced San Francisco elder neglect and abuse attorney from Brod Law Firm today.

In the 1990s, Fred and Martha purchased life insurance policies that were held in a revocable living trust for the benefit of their kids. The trust was self-sustaining so that it could continue to pay the insurance policies’ premiums without the couple paying more money into the trust themselves. In 2013, when Fred was suffering from cognitive decline and confusion, and Martha had been diagnosed with Alzheimer’s disease, the defendants altered the couple’s policies through unfair practices.

The defendants created a scheme to manipulate the couple’s daughter, the trustee of the trust, to surrender one policy and replace the second policy with one that offered only limited coverage. These changes increased the insurance premiums excessively to $800,000. This resulted in a $100,000 sales commission. In order to maintain their insurance coverage, the couple had to put additional funds into the trust.

Fred and Martha sued the defendants for elder abuse. However, the defendants attempted to say that the couple was not injured as the policies were owned and paid for by the trust, not them. Additionally, any injury would be to the trust, which was not an elder. The trial court agreed with the defendants.

However, upon appeal, the higher court thoroughly reviewed the history of the Act and how it had expanded in scope over the years. The appellate court found narrowly interpreting the Act was incompatible with its purpose and it should instead be interpreted broadly. With a broader interpretation and with applying California’s newer definition of undue influence, the appellate court reversed the lower court’s decision and found the defendant’s guilty of elder abuse.

What This Means for Others

This decision is important for other seniors who have been financially taken advantage of. California’s legislature has made it clear that it wants to protect elderly citizens from all types of elder abuse. It has consistently expanded and updated the Act to ensure seniors have an appropriate cause of action to hold abuser responsible for their behavior and to seek compensation for their losses. The court’s decision in the Mahan case can be used by seniors, their loved ones, and their attorneys to bring stronger cases against those who financially abuse them, including a professional service provider like an insurer.