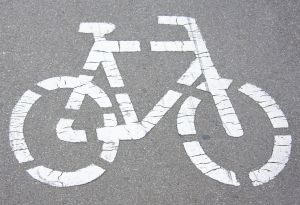 A bill pending before California lawmakers caught the attention of our San Francisco bicycle accident attorney. On Monday, the state Assembly passed SB1464. The proposed law would require drivers to leave a three foot buffer zone in most cases when they are passing a bicycle rider from behind. Drivers would be permitted to cross a solid double yellow line in order to comply. Senator Alan Lowenthal of Long Beach authored the bill which is being co-sponsored by the City of Los Angeles and the California Bicycle Coalition. Violations of the law would be punishable by fines of up to $35. SB1464 now returns to the state Senate for a final vote before making its way to the Governor.

Governor Brown vetoed a similar bill just last year. In related statements, he expressed support for the general concept but concern about the wording of an exception aimed at dense, urban areas. The prior bill called for drivers to slow to 15 miles per hour when they were unable to leave the required clearance. Brown sided with groups including the California Highway Patrol and the American Automobile Association that said the specific speed requirement could lead to traffic congestion and cause rear-end collisions. This year’s version changes that specificity, saying drivers who are unable to leave three feet of clearance must slow to “a speed that is reasonable and prudent given traffic and roadway conditions” and should wait to pass until it is safe. Opponents of the current proposal express safety concerns, especially about applying the rule to twisting and winding roads where it is hard to see oncoming vehicles. They also argue that it would give bikers a false sense of security. Existing law requires drivers to leave a safe distance when passing, whether they are overtaking a bike or another car.

According to the California Bicycle Coalition, many people choose not to use bicycles for either transportation or recreation because they worry about safety, especially when it comes to motor vehicles passing riders. The group says the fear is not simply a matter of rider perception, noting that passing-from-behind collisions are the top cause of bicyclist deaths among adults in California and across the nation. They believe the new rule would help drivers know their responsibility by creating a clear and objective standard. Currently, twenty-one states and the District of Columbia have laws establishing a specific minimum passing distance.

Motorists must be held responsible for sharing the road with other travelers. The specific passing requirement could be used in court to help establish responsibility in case of a collision. However, regardless of whether the bill passes, bicycle riders have a right to seek compensation when they are injured due to a negligent driver acting in an unsafe manner. Attorney Greg Brod is a member and supporter of the San Francisco Bicycle Coalition and the Marin County Bicycle Coalition with experience protecting injured riders. If you have been injured in a San Francisco bicycle crash, please call our office to discuss your legal rights.