There are few things more terrifying to a parent than the loss of a child. Perhaps one of those “few things” is a preventable loss, a loss that should never have happened. Even when it was someone other than the parent who made the deadly error, the parent is left wondering if there were warning signs and often spends a lifetime in self-doubt. At our San Francisco child death law firm, we believe that it is important to identify those truly at fault, to hold them responsible and to send a message that may prevent future tragedies. One such form of preventable death is the loss of a child due to autistic wandering, an issue similar to the threat of dementia-related wandering that we previously discussed in this blog.

Remains Identified as Autistic Boy Who Wandered Away from School 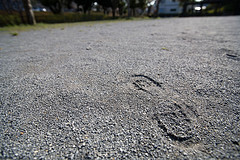 Last week, CNN reported on the tragic end to the story of a missing autistic boy. Fourteen year old Avonte Oquendo disappeared from his school last fall. Avonte was autistic, had the mentally capacity of a typical 7- or 8-year old child, and was unable to communicate verbally. Hopes for his safe return were dashed last Tuesday when DNA conclusively identified the boy’s remains.

Official accounts of Avonte’s October 4 disappearance begin with a surveillance video showing him leaving his school. He attended a school for children with learning disabilities and was supposed to have a full-time monitor, but the recording shows him alone when he walked away. Three hours later, police dogs lost his scent at a marsh near the school. They picked it up again by a subway station, but did not find the boy. Detectives, 50 police officers, and community members searched. Knowing Avonte’s love of trains, the Transit Authority checked and rechecked its facilities, including 468 subway stations. Patrol cars broadcast Avonte’s mother’s voice, hoping the boy would walk towards safety.

The family’s representatives have questioned the actions of the Riverview School (also called the Center Boulevard School), asking why it took several minutes for teachers to notice Avonte was missing, fifteen minutes to alert administrators, and almost an hour to contact police. They suggest civil charges may soon be filed against the city related to a school they believe is unsafe and the scene of “sheer chaos” rather than an appropriate learning environment for children with learning disabilities. The school declined to comment.

Wandering and Autism Generally
Not unlike seniors with Alzheimer’s or dementia, wandering is relatively common among autistic individuals. Approximately half of children with autism will wander, with wandering (also called “autistic elopement”) becoming increasingly common as autism becomes more severe. These facts led to interest groups forming AWAARE, the Autism Wandering Awareness Alerts Response and Education collaboration. Defining wandering as a tendency to attempt to leave a safe area and/or the care of a responsible person, they note it is particularly dangerous when coupled with communication difficulties common in autistic individuals. Wandering often has tragic results, with drowning a particularly lethal threat.

Liability for Failure to Supervise Vulnerable Individuals
Given the potential for autistic children to wander, schools for the autistic community must take special care to watch over this vulnerable population. When the failure to live up to this duty leads to tragedy, there must be consequences. This includes both criminal and civil liability. Similar liability applies to the failure to properly care for other at-risk groups, such as children and adults with developmental disabilities and seniors with age-related dementia or Alzheimer’s disease.

If a loved one suffered injury or died because of a caretaker’s negligence or recklessness in California, we can help. While money damages will not undo the harm or bring back a loved one, they can cover related expenses and help survivors afford counseling. Damages can also fund efforts to prevent future wandering-related tragedies. Call our California wandering injury law firm for help. We also highly recommend that families of autistic individuals look through the material available on the AWAARE website (and the links the site provides) to help prevent a wandering-related tragedy.