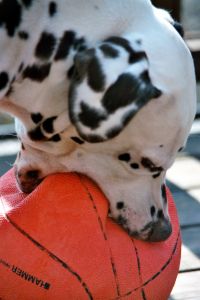 The Center for Disease Control reports that each year 4.7 million Americans are victims of dog bite attacks. Attacking dogs may puncture a victim’s skin, requiring stitches and leading to risk of infection. Dog bite incidents also cause psychological stress that usually creates fear in the victim of strange dogs in public or private spaces.

800,000 victims seek medical attention for their dog bite related injury, and of those, 31,000 of undergo reconstructive surgery to treat disfiguring scars. The most harrowing injuries occur in cases of attacks to the head and face. Children from the ages of five to nine are the most common victims of serious dog attacks to the head and neck area.

If you or your child is the victim of a dog bite, it is critical that you make a report to the animal control authority in your area. A timely report promotes public safety and also provides important evidence in any hearings related to the dangerous dog. Victims should also seek medical attention to prevent infection or other disease and to help document the incident.

In many states, a dog bite victim must prove that a dog owner had previous knowledge of a dog’s vicious tendencies or that the owner was negligent in preventing an attack. Examples of dog owner negligence include violating leash laws or failure to warn of a dog’s bite triggers.

However, California law imposes strict liability on dog owners. An owner is 100% liable for their dog’s actions, except in cases of intentional provocation. A dog bite victim will not be required to prove that a dog’s owner knew the dog was aggressive or that an owner was negligent to recover damages in a civil case.

An experienced personal injury lawyer will help you recover money for costs such as reimbursement for medical care to treat dog bite caused wounds and to lessen the appearance of scars. A dog bite victim may also recover for lost wages if a dog attack caused the victim to miss work on doctor’s orders. Lost wages are particularly likely if the victim’s hand was bitten, making it difficult for the victim to perform basic functions at work. A Bay Area dog bite lawyer will also help victims recover other costs, such as replacement of ruined clothing.

Finally, a good personal injury lawyer will help victims to recover for psychological distress and pain and suffering caused by the dog attack. Victims may suffer flashbacks of the attack or feel extremely uncomfortable and fearful in the presence of dogs. These ongoing symptoms are difficult to treat and a victim may recover money damages to compensate for their stress.

Protect yourself against dog bites by evaluating a dog’s demeanor before physically interacting with a dog and practicing caution around unfamiliar dogs. Do not stare into a dog’s eyes or disturb it while it is sleeping or eating.

If you are the victim of a dog bite, make a report, seek medical attention, and consult a lawyer about your legal rights.

Greg Brod is an experienced San Francisco personal injury lawyer practicing in the greater Bay Area as well as Sacramento and surrounding regions.