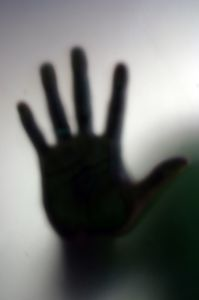 It isn’t the type of story we like to think about during the holidays. It isn’t the type of story that we like to hear about any time of the year. It is, however, the type of story we must talk about because talking about hard stories is the only way to bring perpetrators to justice, help victims move forward, and give potential future offenders notice that their behavior will not be tolerated. This sad story is also an opportunity to remind the community that we are trained and prepared to act as attorneys for victims of sexual abuse in Sacramento and throughout Northern California. We cannot erase the past, but we can help victims put the pieces back together and recover financial damages that will help them afford counseling and other necessary treatments.

This past week, as headlines about the sexual abuse scandal at Penn State dominated the national press, a local courtroom investigated sexual assault accusations against a pastor in Citrus Heights. The Sacramento Bee reported that Tommy Jean Daniels, 49, is on trial for 12 counts of child molestation. Daniels is a preacher at Rio Linda First Baptist and the charges, ranging from 2003 to 2005, relate to a home-based child care business run by his wife. Of the five alleged female victims, four were adopted children with troubled histories whose adoptive families placed them in the care center on the advice of social service professionals. The fifth was a child placed in the center for day care while the parents worked. Daniels has continued to assert his innocence, with his attorneys suggesting the children have a history of lying.

We do not know the truth of the Daniels case, but we do know that too many children (and adults) suffer sexual abuse. Despite the “Don’t Talk to Strangers” campaigns many of adults recall from our own childhoods, the majority of perpetrators are people victim knows and trusts. California law is particularly strict on cases of statutory rape, setting the age of consent at 18 (except when the parties are married) with a tiered system imposing harsher criminal penalties where a greater age gap exists. Harsher penalties also apply when the perpetrator is over 21 and the victim is under 16. These are strict liability cases in criminal court, meaning the prosecution only needs to prove the sexual act occurred and consent is not at issue.

In addition to criminal charges, civil liability can arise from sexual abuse cases whether they involve minors or adults. California does place a statute of limitations on civil court sexual abuse cases. While most limitation periods start with the offending act, abuse cases involving minors may be brought for eight years after the victim reaches 18 (i.e. before age 26). There is, however, an exception that allows a claim to be brought within three years when the victim previously repressed the memory of the assault. The limitations period for abuse of an adult is generally shorter but can vary depending on the precise claim.

An additional law allows childhood sexual abuse victims to file civil suits against people who failed to act when despite knowing of the abuse perpetrated by their employee, agent, volunteer, or other representative but who failed to act to stop the abuse. This law was, in part, a reaction to the scandals in the Catholic Church. The statute of limitations in these claims is one year from discovery.

While the outcome of the Daniels case remains to be seen, the trial reminds all of us that sexual abuse is a very real problem that disrupts what should be the innocent years of childhood. As your Northern California personal injury law firm, The Brod Law Firm is ready and able to help. We are Sacramento attorneys for sexual abuse survivors and we can help victims recover money damages. We cannot undo the past but a civil victory can open access to resources that will help victim recover and can also be an emotional triumph in itself. Furthermore, civil suits reiterate the message that California law will not tolerate these horrid offenses. As civil attorneys for Northern California abuse victims, we are proud to be part of that message and to help victims move forward.