Perhaps it is because air travel is generally among the safest modes of modern transportation that Northern California aviation accidents capture our attention. Plane accidents, such as one recently investigated in our region, are often tragic. The aftermath of an aviation accident requires intense investigation by both industry and legal experts. While some plane crashes go unexplained, often one or more causes can be identified. With the guidance of a skilled San Francisco plane accident attorney, victims in our region can pinpoint the parties and fault and recover compensation for their losses. 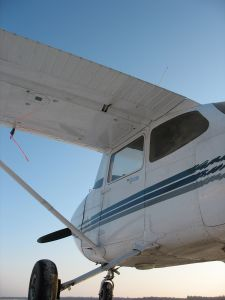 Tuesday’s San Francisco Chronicle provided an update on the crash of a small plane in February 2010. Doug Born held both a commercial pilot’s license as well as a flight instructor license. He was piloting a Cesna 310, with his colleagues Brian Finn and Andrew Ingram onboard, when the plane collided with high-tension wires and a sixty-foot transmission tower. All three of the men were killed when the plane broke into pieces after impact. While these losses are tragic, it is fortunate that the disaster was not compounded by injuries on the ground when pieces of the plane fell in a residential area of East Palo Alto that included a home-based day care.

The National Transportation Safety Board (“NTSB”) is the federal organization tasked with reviewing aviation accidents. Last week, the NTSB concluded their investigation into the crash and attributed the incident to the pilot’s actions. They found that the plane was in working order, citing recordings that showed the propellers were operational and other related evidence. The NTSB noted that the control tower had warned Born against taking off during heavy fog. The tower released the plane but cautioned Born that the controller could not see the runway and that the pilot was operating at his own risk. Additional comments in the report show the NTSB concluded that Born failed to follow proper and standard departure procedures and also did not maintain the altitude necessary to avoid the power lines. The Chronicle story further references recordings of witnesses watching the crash and notes that the incident was also captured by the Palo Alto’s gunfire detection system.

Acidents involving large airlines garner big headlines, but the vast majority of plane accidents, like the East Palo Alto crash, involve smaller planes. Pilot error is among the most common causes of accidents but other causes do exist. Determining legal fault involves analyzing all possible factors in the accident such as potential airplane defects, improper care or servicing of the plane, and policies of aviation companies that may have contributed to the tragedy. Legal fault is a complex analysis. An experienced San Francisco airplane crash lawyer can help guide victims through the process.

While the NTSB investigates crashes, it is crucial that those who are injured, lose a loved one, or suffer property damage retain a skilled San Francisco aviation accident lawyer. In the aftermath of an aviation accident, our team can help review all associated reports and retain qualified experts to help victims prove liability. We can ensure that the all proper parties are included in a lawsuit so that the victim does not suffer when parties try to pass the blame. It is crucial to obtain legal counsel before signing any agreements related to the incident, including papers that may be presented by an airline, by counsel for a pilot, or by an aviation-industry company.

If you were the victim of an airplane accident in the Northern California region, please contact our team for a free consultation to determine your legal rights.