As a society, we are becoming more aware of the health risks associated with exposure to chemicals and radiation. This awareness translates into a range of duties, including the duty of companies to limit current/future exposure of employees and the public at large to potentially dangerous substances. Additionally, entities often have a duty to remediate prior problems, such as cleaning up the site of a past incident if dangerous substances still lurk in the water and soil. When corporations (and even government entities) fail at these duties and people become ill, the victims may be able to invoke the area of law known as “toxic torts” and seek damages for the harm they suffered. As a lawyer for toxic exposure victims in Sacramento, San Francisco, and elsewhere in Northern and Central California, Attorney Brod knows that these are complex cases, but also believes that toxic tort claims are crucial way to help individuals and protect the health of our nation.

The History of the Santa Susana Field Laboratory
A Sacramento Bee report checked in on the progress of the clean-up at a former rocket test site active during the Cold War. North American Aviation founded the Santa Susana Field Laboratory in 1947, a site spanning nearly 2,900 acres. The aerospace hub, located 30 miles northwest of Los Angeles, saw thousands of tests on rocket space engines over the subsequent four decades, including the testing of engines that flew on the Apollo spacecraft. It was also the site of nuclear research, at one time playing home to 10 reactors. In 1959, there was a partial meltdown released radioactive gases. While the government said at the time that there was no dangerous radioactive release, full details didn’t emerge until two decades later when some UCLA students looked into the event. The nuclear reactors shut down in 1980 (per Wikipedia). 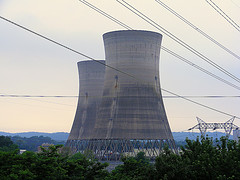 Cleanup Efforts at Santa Susana
North American Aviation eventually merged Rockwell International Corp. and the site passed to Boeing when it bought Rockwell in 1996. The 1959 meltdown and other incidents had left behind what the Bee termed a “noxious legacy.” NASA has invested about $100 million in cleanup since the 1980s and estimates it would cost an additional $250 to $300 million to fully restore its portion of the site. In the past decade, the Energy Department spent an additional $90 million. Boeing representatives declined to state the company’s cost to date relating to site clean-up.

Changes in ownership and the involvement of a number of different government and private entities has complicated cleanup and decontamination efforts. Three years ago, NASA and the federal Energy Department committed to cleaning up their parcels to background levels. This is the most stringent clean-up standard and means essentially returning the site’s lands to their natural state. However, Boeing, which owns a large majority of the site, has only committed to cleanup rules contained in a 2007 pact. The company says the commitment adheres to typical Superfund site rules and that it plans to transform its portion of the site into a park. Currently, crews are working to determine the level of dangerous substances in the site’s lands, including organics, heavy metals, and potential carcinogens. After that is completed, a final cleanup script will be developed. Work should begin on the final stage in 2016. All parties face a 2017 deadline.

Lawsuits Tied to the Santa Susana Cleanup and the General Role of Toxic Torts
Many residents in nearby communities are dissatisfied with Boeing’s limited cleanup commitment. State regulators also hope Boeing will commit to stricter standards. They are currently appealing a judicial ruling siding with the company. Environmental activists have also sued the state, alleging the improper destruction of Boeing buildings and that remnants were improperly handled. Additional cleanup aimed at contaminated groundwater will likely take decades.

Residents in communities near Santa Susana blame the site for illnesses including leukemia, breast cancer, and serious thyroid problems. For the ailing community members, the cleanup seems to be dragging on and on. This is a sentiment we have heard from the victims of other incidents involving toxic chemical exposure. It is part of the reason that it is so important for victims to contact legal counsel. Toxic tort cases can not only provide monetary damages, crucial in the context of such serious health threats, but can also pressure companies to truly dedicate themselves to efficient and comprehensive cleanup efforts.

If you or your loved ones have been made ill by radiation or other forms of chemical exposure, please call the our California toxic tort law firm. While we are based in Northern California, we work with clients across the state.

(Photo by Jayme Frye of another nuclear reactor site)