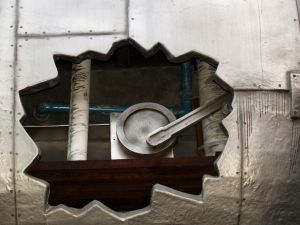 The deadly San Bruno pipeline explosion in September of 2010 drew attention to PG&E’s policies and procedures for monitoring its infrastructure and implementing strategies to protect public safety. The National Transportation Safety Board formed an Independent Review Panel to investigate the San Bruno blast, which found the pipeline that exploded had multiple seams with lengths of pipe that were taken from pre-1950 inventory. A 2010 audit of PG&E’s compliance with state regulations found that it was not allocating sufficient resources to assess the integrity of its infrastructure. PG&E also took advantage of an exception to the rules to delay critical repairs and other required activities.

For its part, the Santa Clara Water District admits that around 107 gallons have been leaked since 2001 in eight separate incidents. However, it contends that all leaks dissipated into the water system with no ill-effects. It also issued a statement stating that it routinely replaces accessible leaky valves. The Santa Clara Water District acknowledges that it needs to replace aging valves that are placed at the bottom of the reservoirs. The District will need to drain most of the water from the reservoirs in order to safely replace the valves. Therefore, the Santa Clara Water District has been waiting for a scheduled seismic retrofitting of reservoir dams to replace the poorly functioning valves, because it will have to drain the reservoir for the retrofitting anyway. The District is reportedly working the District Attorney’s Office to come to some sort of agreement with regards to the leaks.

ABC news reports about another example. In 2011, the San Francisco Water District’s hired contractor started to replace current water meters in San Francisco homes with wireless water meters. Unfortunately, the work, which requires the water to be turned on and off, puts pressure on older plumbing systems. Water that gushes back through the pipes can damage pipes that are already in poor condition because of age. Since the work started, 69 cases have been reported of broken pipes after the contractor finished replacing the meter. Since the pipes are located on private property the owner is responsible for the repairs which cost upwards of $2,000. In the case of John Lubimir the cost was $5800 to repair the water pipes on his property. The contractor, Grid One Solutions, insists the most of the broken pipes were old and probably previously damaged. The contractor tells affected residents the breakages are not its fault, that it is upgrading the meters as a service, and that the homeowner is completely responsible for their pipes. Meanwhile, Supervisor Scott Weiner has complained that the installation of the wireless water meters is mandatory, so homeowners really have no choice. The San Francisco Water District reviews each claim individually, and usually turns it over the the contractor in this matter.

Aging infrastructure is often not the only factor involved in situations where the deterioration of infrastructure results in damage to life and property. Each claim must be looked at on a case to case basis. If you have suffered injuries or extensive property damage because infrastructure on public or private property has not been properly maintained, you should consult with an attorney about whether you could recover damages. Gregory Brod of the Brod Law Firm has several years of experience representing injured parties who have suffered from the negligence of others. Please call today for a free consultation.