The end of Daylight Savings Time is a yearly occurrence that many of us eagerly anticipate and dread in equal measures.  Many people reveled in an extra hour of rest this past weekend (at least those without young children whose sleep cycles don’t change simply because we adjusted our clocks!).  However, that extra hour of sleep comes at cost: lost daylight.  While many people worry about the impact on afternoon activities and even on people’s moods, at our Oakland injury law firm we worry about another danger – the tie between car accidents and daylight savings time. 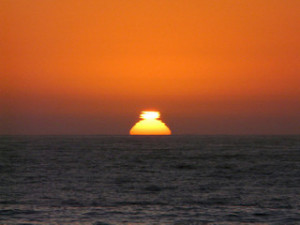 Last year, Time Magazine delved into the twice-yearly debate about changing the clocks, focusing on the impact of Daylight Savings Time (“DST”) on road safety.  The article suggests that losing an hour of afternoon sunlight, as we do each fall when DST ends, may result in an increased number of traffic accidents.  According to a 2004 study, the lives of some 170 pedestrians and 200 motorists could be saved each year by maintaining DST all year.

Why?  Time cites Professor Steve Calandrillo, an advocate for a move to year-round DST, who notes that more people are active in the evening hours than during the morning.  Calandrillo emphasizes that the vast majority of both children and adults are awake and active at 5 PM while fewer are on the move (or even awake) at 7 AM.  When the widely-experienced afternoon light is lost, roadway visibility suffers.  Others point to the abrupt change itself as a danger, even when we don’t lose sleep.  Economist David Gerard told Time that, despite the darker conditions, afternoon/evening commuters often behave as if it is still light out for a few weeks after DST ends, driving faster and being generally less attentive whether on foot or behind the wheel.

Other sources point to more specific roadway dangers following the fall time change.  In an article published this weekend, Driving.ca suggests that children are particularly at risk for pedestrian crashes this time of year, particularly during the afternoon/evening commute.  The Canadian automotive news site says diminishing daylight, tired drivers, and restless kids contribute to the fact that three times as many children are injured on the way home after school than are hurt on the morning trip to school.  Additionally, the report cites a study by Carnegie Mellon University in Pennsylvania that found pedestrians in general are three times more likely to be hit by a motor vehicle in the first weeks after the fall time-change than in the weeks prior.

Another category of accidents that rises following the “fall back” is wildlife accidents.  A Denver-area CBS affiliate reports that the motorists should be particularly alert for wildlife following the fall clock-change.  At least in Colorado, November is the most dangerous month for wildlife crashes due to poor visibility and the time shift placing more animals on the road during busy commutes.

The time change and resulting dark commute may explain an increase in car accidents, but it does not excuse them.  Ultimately, safety is a matter of driver responsibility.  Studying trends can help prevent accidents, but drivers must be held accountable when they endanger others.  We encourage anyone injured in a Northern California car accident caused by someone else’s negligence to call our Oakland car accident injury lawyer.  We also urge every reader to take extra caution this time of year – we can help people get through the difficult time following a car accident, but the only “good” accident is one that never happens.