Almost any driver would tell you that cell phones are a factor in countless car crashes. Yet, the same driver might insist he or she is the exception, that s/he has the skills needed to pilot a car safely while using a cell phone, maybe even while texting. Science and crash studies, many cited previously on our Oakland distracted driving law firm’s blog, prove this is simply not the case. While there is a lot of data on the subject, pinpointing the total number of cell phone crashes has proved an elusive goal for reasons explored in today’s post.

Investigators Eye Cell Phone Use in Jenner Crash
Olympian turned reality star Bruce Jenner was involved in a deadly highway crash in Malibu last Saturday that, per the Oakland Tribune, killed one and injured seven. Police are now asking all drivers involved in the multi-vehicle accident to voluntarily turn over their cell phones so that investigators can review call and text data. Even with the phones, Sgt. Brooks of the LAPD notes it can be hard to tell if a driver was texting at the precise moment of the collision. Among other things, authorities will look for a series of texts that span the accident window to determine if cell phone use was a factor in the accident.

Cell Phones & Crash Data
The National Safety Council (“NSC”) believes the underreporting of cell phone use in crashes is a serious matter. As they suggest on a page titled “Cell Phone Crash Data & Under-Reporting“: “Both policymakers and the public may not consider [cell phone use] as 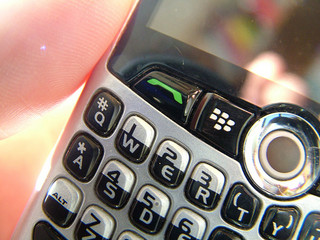 serious a problem compared to bigger fatality factors that can be more reliably measured, such as impaired driving and not wearing seat belts.” The NSC lists four key factors limiting the ability to get an accurate picture of the number of crashes involving cell phones: 1) Drivers do not always admit to using a cell phone and in some cases cannot do so because they perished in the incident; 2) Witness statements can be inaccurate, in part due to memory limitations; 3) Cell phone records are difficult to obtain; 4) There is nothing equivalent to a blood alcohol test that can confirm cell phone use.

In 2013, the NSC produced a white paper on the challenge of finding reliable data on the impact of cell phones on car crashes. The paper adds detail to the foregoing reasons that make it difficult to accurately assess the problem, including the tendency of police to focus on other violations and the challenge of aligning cell phone data, when it is even available, with the precise timeline of the crash. Notably, the NSC reviewed some 600 crashes in which there was solid, reliable evidence of cell phone use and found that in 2011 only 52% of such crashes were coded as cell phone affected in the federal crash database. This is actually an improvement since the figure was 35% in 2011 and a mere 8% in 2009. Shockingly, even when drivers admitted cell phone use, only 57% were coded as involving cell phones in the database for 2011 (40% in 2010, 33% in 2009).

Representing the Victims of Cell Phone Crashes
Clearly, the data recording is improving. The improvement is notable and laudable, but research still suggests that half of crashes involving cell phones are not recorded as such. As a result, it is likely that the data grossly underestimates the danger of cell phone use behind the wheel. We believe that it is important to work on improving the data because understanding a problem is a key step towards combating it. We need to be able to show drivers that the facts prove cell phone use behind the wheel is dangerous and no one is an exception.

If you were injured or lost a close family member in a Northern California crash caused, in whole or in part, by another driver using a cell phone, we can help you recover the compensation you need and deserve. Call to schedule a no-cost, no-obligation consultation with our distracted driving injury attorney in Oakland, Santa Rosa, or San Francisco.

See Related Blog Posts:
A Reminder of Why the Fight to End Distracted Driving Must Continue
Report Dials Home Message That Cellphone Use and Driving Is a Risky Combination