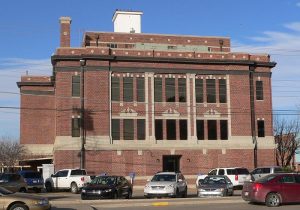 A woman who was allegedly struck by a player on the University of Oklahoma’s football team recently resisted a motion by the defendant’s legal team to change the venue of the proceeding from federal court in California to Oklahoma. In arguing against the transfer, the plaintiff claimed that she could not be assured of a fair trial in Oklahoma since Oklahomans are (at least according to the plaintiff) fiercely loyal to the Sooner football program. The defendant and his attorneys countered with several reasons why the case should be moved to Oklahoma City federal court, including:

The court has not yet ruled on the motion.

Venue is a legal term describing the geographic location of the court that is the most convenient for hearing the dispute. In most every personal injury case or other civil dispute, the plaintiff initially determines the venue of the case by filing the case in one courthouse or another. In some situations, there may be several cases which could be considered to be “convenient” forums in which to litigate the case. In this situation, the plaintiff initially decides where the case should be heard. However, in certain cases the defendant may have the venue of the case changed to a different court.

When a change of venue is sought by the defendant, it is most often because the jurisdiction to which the defendant would transfer the case is determined to be more favorable to the defendant’s claims (or, at the very least, not as favorable to the plaintiff’s positions). However, one cannot change venue simply because he or she believes he or she has a better opportunity for succeeding in the new forum. Generally, motions to change venue are usually granted where:

In many cases, choosing the most appropriate venue to hear a personal injury case can be just as important as identifying and deposing witnesses and ensuring that one’s claims are supported by the facts and law.

Toxic Tort Law: A Remedy for the Victims of Toxic Smoke and Other Dangerous Chemicals