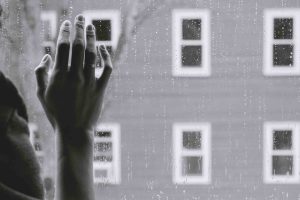 Each year, thousands of men, women, and children are victims of these types of sexual assault, and many instances go unreported.

Civil lawsuits are different than criminal cases. Firstly, the burden of proof is not as great in civil cases as it is in criminal court. In addition, if the court or a jury finds the perpetrator committed the sexual assault, the guilty party does not face jail time or high fines payable to the court. Instead, the defendant is required to pay compensation to the victim. This compensation can include:

What to do After Sexual Assault

Sexual assault is vastly different from other crimes and other personal injury lawsuits. Victims often feel confused and ashamed, and they are often frightened to tell anyone about the assault. They fear no one will believe them, they fear retaliation, or they believe one day they will be able to forget about it and move on with their lives.

However, it is important for sexual assault victims to come forward to seek justice. Time is of critical importance when trying to preserve evidence from a sexual assault. Biological evidence on the victim’s body, fibers on clothes and personal belongings, and other evidence at the scene are likely to vanish over even just a small amount of time. This evidence can help prove a sexual assault lawsuit. It can also help convict someone criminally of sexual assault, narrowing the chances that it will happen to anyone else.

Lastly, victims never forget about sexual abuse. Often, the longer they go without telling someone, the more damage they suffer psychologically.

Coming forward with the truth about a sexual assault is one of the hardest things a victim will ever do. Still, it is important that they do. Compensation won in a personal injury lawsuit cannot undo the past, but it can help victims move forward in their lives. It can also hold responsible parties liable and deter them from ever doing it again. A personal injury lawyer in California can help victims bring these cases to court, and will stand by their side throughout the entire process.

If you have been a victim of sexual assault, contact Brod Law Firm at (800) 427-7020 today. We understand how difficult it is for victims to come forward and we will do everything we can to make the process as easy as possible for you. We will also fight for your rights in court and work hard to get you any compensation to which you are entitled. Call now for your free case evaluation so we can begin working on your case.

What Type of Caretaker Relationship is Necessary to Prove Civil Elder Abuse in California?