Imagine you’ve been in a car accident. Imagine it was not your fault. If you’ve visited these pages regularly, you know that hiring an experienced San Francisco accident lawyer can greatly improve your chance of recovering money damages and also increase the amount of compensation you receive.

Now imagine one more wrinkle in the accident scenario – the driver responsible for the accident was an on-duty police officer. This may sound far-fetched, but officer-involved crashes are increasingly common. In this scenario, you still have legal rights and you may still be entitled to money damages through the civil litigation system. It is not only still okay to reach out to legal counsel, it is even more important. 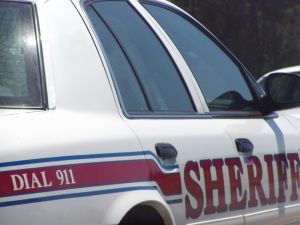 Police-Involved Collisions: Statistics and Safety
According to a publication prepared for the police community, Police Chiefs Magazine, while the number of felonious officer deaths nationwide has been falling, traffic-related officer deaths are on the rise. Between 2004 and 2008, 306 officers across the county died in traffic incidents. The study refers to data from California suggesting that across our state there are typically one hundred officer-involved injury collisions for each fatal incident. Notably, California groups began to focus on the issue in 2007 after statistics revealed our state outpaced national averages in terms of the number of law enforcement traffic fatalities. Of course, these crashes not only endanger officers but also pose risk to other drivers, pedestrians, and civilians in general.

In their piece, Police Chiefs Magazine suggested that although safe officer driving is ultimately a local matter, it is one that should get national attention. The article notes safety measures will save officers but also reduce the liability of police organizations for injury to others. Interestingly, the majority of officers killed in vehicle accidents are between the ages of 30 and 39, not rookies. Further investigations suggest a blended program including behind-the-wheel and simulator training led to the greatest reduction in officer-involved crashes. Overall, the magazine suggested an accident-reduction approach that involves engineering, education, and enforcement. The authors also suggest that leadership focus on safety and not just response time when training and evaluating performance. Additionally, the piece suggests paying special attention to the influence of fatigue on driving safety and working to reduce fatigue-related accidents.

The Legal Implications of Police-Involved Car Accidents
While the Police Chiefs article focused on the risks to officers, it follows that crashes that endanger officers also pose a risk to civilians. It is important for both officers and civilians to remember that police are not given free rein on the road. Officers are allowed to exceed speed limits during emergencies, but only when they can do so safely. Some departments specifically limit officer speed to twenty miles over the posted speed limit.

What sort of claims could a civilian have after being injured in an officer-caused accident? In some cases, a victim may be able to bring a negligence (or, where appropriate, wrongful death) tort claim in state court. To succeed, the plaintiff will need to show that the officer’s behavior was the proximate cause of the injury. Although sovereign immunity doctrines generally prohibit suits against government officials, the California Tort Claims Act waives that immunity in certain cases and may permit civil claims related to officer-caused traffic accidents. These suits require following specific notice requirements and meeting time limits so it is vital that a person bringing a state tort claim against an officer or law enforcement office engage an experienced San Francisco injury lawyer.

There are also other statutes that can apply in an officer-involved accident suit. One provision is Chapter 42, Section 1983 of the United States Code. Although this section is usually associated with civil rights claims, it can apply more broadly to victims who are injured or suffer a loss of rights due to the actions of a government officer. Section 1983 claims usually apply only to truly wrongful behavior, with many decisions under the statute referencing actions that “shock the conscience” before liability attaches under the provision.

Broader Lessons: Victim’s Rights
The example of officer-involved crashes carries with it a broader lesson – victims have rights and should not be intimidated by the status of the person who caused the injury. Do not be afraid to seek legal counsel, even if the accident involved a police officer or includes other challenging circumstances. We represent those injured in Northern California and we can help you sort through the details to get the compensation you deserve.