Water is an essential building block of life.  In recent years, numerous public health campaigns have touted the importance of drinking water, especially as an alternative to sugary sodas and juice drinks.  Environmentalists have urged Americans to drink tap water in reusable containers rather than wasting countless plastic bottles.  The silent assumption in these messages is that our water is safe to drink. Unfortunately, that is not always true.  Recently, we’ve noticed a number of headlines dealing with potentially contaminated water in California and across the nation.  Our Northern California unsafe drinking water law firm is prepared to help when drinking water sickens people in our community.

The threat of contaminated water became all too real for some Los Altos residents in recent weeks as noted in reports from the San Jose Mercury News and radio station KLIV.  On Sunday, July 26, the California Water 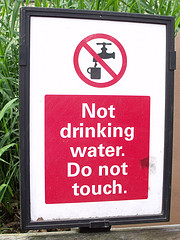 Service (“Cal Water”) notified customers living in a four to five kilometer segment of the city that tests showed e. coli and total coliform bacteria in their water supply.  For a few of the 853 customers affected, the related boil water order was only lifted this past Saturday (August 8) after Cal Water finished treating the water main.

The Los Altos contamination event was relatively small, especially compared to another case of contaminated water in the news this week.  On Sunday, USA Today announced that the Environmental Protection Agency warned that some 3 million gallons of contaminated water, triple earlier estimates, had been discharged from an abandoned mine into a river in Colorado.  The toxic water contains dangerously high levels of arsenic and lead.  Despite having contained the spill, officials voiced several concerns with the foremost being ensuring people and animals in the area have access to safe drinking water.  Since the degree of danger was unclear, officials also warned against physical contact with the water.

We should be able to rely on the safety of our water supply.  As the stories above illustrate, contaminated water is a very real threat with very real consequences.  Illnesses can originate from a one-time exposure to contaminated water or they can build with repeated exposure to the dangerous bacteria.  Some waterborne bacteria pass through our systems with few symptoms or none at all, in other cases a single drop can be deadly.

If you believe contaminated water in San Francisco, Oakland, Santa Rosa, or elsewhere in Northern California made you or your loved one ill, we urge you to call our office.  We offer a free consultation in which our Northern California contaminated water lawyer will review your case and discuss your legal options.  Let us help you get the compensation you need and deserve.

Illnesses and Deaths Tied to Multiple Foods Contaminated With Listeria