As your San Francisco dangerous chemicals law firm, the team at The Brod Law Firm believes that it is vital for both companies and regulatory officials to prioritize consumer safety. We are prepared to help victims of chemical exposure file San Francisco products liability lawsuits and other related claims to help residents recover when dangerous chemicals cause illness or injury. We fundamentally believe, however, that preventing the community from being exposed to harmful chemicals upfront is always preferable to dealing with illness and injury in the aftermath of exposure. 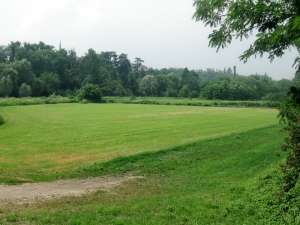 The San Francisco Chronicle reported this week on a positive move towards safety in California’s agricultural arena. Manufacturers of methyl iodide, a pesticide used in growing strawberries, have announced that the product will be pulled from the market in California and throughout the United States. Arysta LifeScience Corporation, a Japanese company, has cited economic factors in the decision to discontinue sales. The company has also voluntarily cancelled its registration permitting the sale of methyl iodide in California.

Although the company did not cite safety concerns in their statements, environmental groups have been lobbying against the product since it was first approved for use in our state. In 2007, federal authorities approved the use of methyl iodide as a temporary bridge between methyl bromide, a product known to contribute to the depletion of the ozone layer, and to-be-developed environmentally friendly options. In 2010, the pesticide was specifically approved by the state for use by California farms. Opponents to the product, including many in the public health arena, believe that the company is a possible carcinogen and that use of methyl iodide exposes residents who live or work near treated fields to fumes that might raise their cancer risk. Use of the pesticide has been limited, likely due to a high-profile campaign against the chemical
The decision to halt methyl iodide sales is not without controversy. Some groups representing farmers, including the California Farm Bureau Federation, believe that the pesticide is still needed because the envisioned greener alternative will not be available in a timely fashion. The groups say that the decision to halt sales will hamper the ability of farmers in the state to produce the high-quality, high-volume products needed to compete with foreign growers.

We understand that it is important to give area businesses the tools necessary to compete in an increasingly global market. We support efforts to help local growers and encourage campaigns to get Californians to eat locally grown produce. These efforts, however, cannot be blind to safety. Farms should be the epitome of health, not a source of exposure to dangerous chemicals.

If you have suffered harm due to dangerous chemicals in Northern California, please contact our San Francisco injury lawyer. We can help you recover compensation for your illness and send the message that unsafe products will not be tolerated.