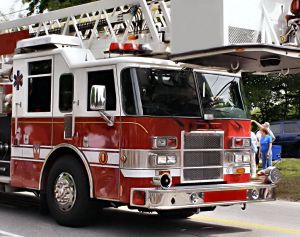 When it comes to investigations concerning alleged wrongdoing on the part of a government official or other government employee, it is not surprising that the person suspected of committing a tort might have more sympathy from his or her colleagues than the general public. But it is when that sympathy translates into an effort by government employees to help cover up the case against their accused coworker that the legal playing field can be unfairly distorted, a circumstance that Bay Area motorcycle accident attorney Gregory J. Brod is keenly aware of and one that he will cite as one of the compelling reasons why it is so important for anyone who may have a personal injury case against a government employee to secure experienced legal counsel as soon as possible.

According to the San Francisco Chronicle, it just so happens that the San Francisco District Attorney’s Office is investigating whether city firefighters attempted to cover tracks for their colleague Michael Quinn, who crashed his ladder truck into a motorcyclist in the SoMa area June 29 while allegedly driving under the influence of alcohol.

Fire Truck Ran Red Light on Way to False Alarm
In the early summer incident, Quinn drove his Station 1 ladder truck through a red light at Fifth and Howard streets while trying to reach what turned out to be a false alarm. As the 23-year-veteran of the San Francisco Fire Department raced through the intersection, his vehicle struck a motorcyclist, tossing the rider into a fire hydrant and seriously injuring him. After colliding with the motorcyclist, Quinn left the crash scene before police arrived 40 minutes later, and he did not return to his station for several hours.

When police found Quinn at Station 1, a few blocks away from the crash scene, his blood alcohol level was tested and recorded at 0.13 percent, which is above the legal limit for driving of 0.08 percent. Quinn was promptly arrested on suspicion of DUI and hit-and-run but has not yet been charged.

Security-camera footage from a nearby pub showed Quinn drinking water in an apparent attempt to sober up before returning to Station 1. The film also showed one firefighter talking to Quinn at the bar, even though the firefighter denied being at the pub with Quinn. In addition, camera footage reportedly contradicted the statement of an SFFD official who claimed that Quinn’s ladder truck had nearly cleared the intersection prior to the collision when in fact the truck blew a red light without slowing down, much less stopping.

Fire Department Has Zero-Tolerance Policy on Drinking While on Duty
Two firefighters besides Quinn face disciplinary action from the SFFD, which has a zero-tolerance policy toward on-duty drinking. And the San Francisco Police Department reportedly has interviewed at least 21 firefighters and other first-responders who were on duty the night of the crash. Since the crash, SFFD Chief Joanne Hayes-White has confirmed that Quinn resigned from the department on Nov. 1, which permitted him to avoid a formal dismissal hearing that was scheduled for the same day.

The D.A.’s Office says that its probe into the matter is not complete, and we will be curious to see if more revelations are forthcoming. Regardless of what other details are revealed, though, motorcyclists such as the unfortunate one who was hit by a SFFD vehicle in the June 29 incident need experienced legal representation to help them secure justice and any rightful compensation for their damages. If you or a loved one has been involved as a motorcyclist in a collision with another vehicle, please contact the attorneys at the Brod Law Firm for a free consultation.
-James Ambroff-Tahan contributed to this article.